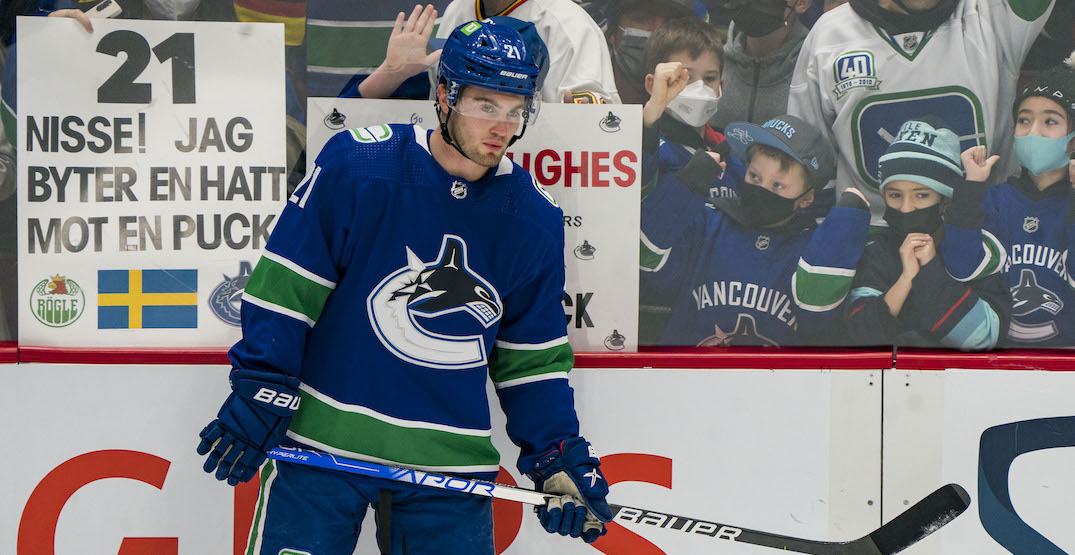 Nils Höglander’s sophomore NHL season could be over already.

The 21-year-old Vancouver Canucks winger left practice on March 16 with what is believed to be a groin injury according to a report from Postmedia’s Patrick Johnston. He hasn’t played since.

“I think he’s out long term,” Bruce Boudreau said in response to a question about Höglander’s status after practice this morning.

The Canucks coach described Höglander as being “week-to-week” but noted that there aren’t many weeks left in the regular season. The Canucks’ regular-season finale is 30 days from today.

“It would be hard-pressed right now for me to say he’s going to come back before that. Until I see him on the ice, he’s out.”

Given how successful Höglander’s rookie season went last year, this season has to be classified as a disappointment. In 60 games, the young Swede scored 10 goals and added eight assists, for 18 points. Höglander played four fewer games last season but had better numbers in goals (13), assists (14), and points (27).

Höglander is one of the few players this season that saw a dip in production under Boudreau. He had 10 points (5-5-10) in 25 games under Travis Green but has just eight points (5-3-8) in 35 games since Boudreau took over in December.

Höglander’s ice time was cut under Boudreau, to 12:09 per game compared to 14:27 earlier this season under Green. He played 15:27 per game last season.

The Canucks are running out of time to get above the playoff bar in the Western Conference, despite having the 10th-best points percentage (.640) in the NHL since the Boudreau hire. Vancouver trails Dallas by four points for the final playoff spot in the West, and the Stars have three games in hand. They also have to pass Winnipeg and Vegas, who sit ahead of them by one and two points, respectively.

To get to 95 points, which is close to the point total usually needed to make the playoffs, the Canucks would need to go 11-3-0 down the stretch.