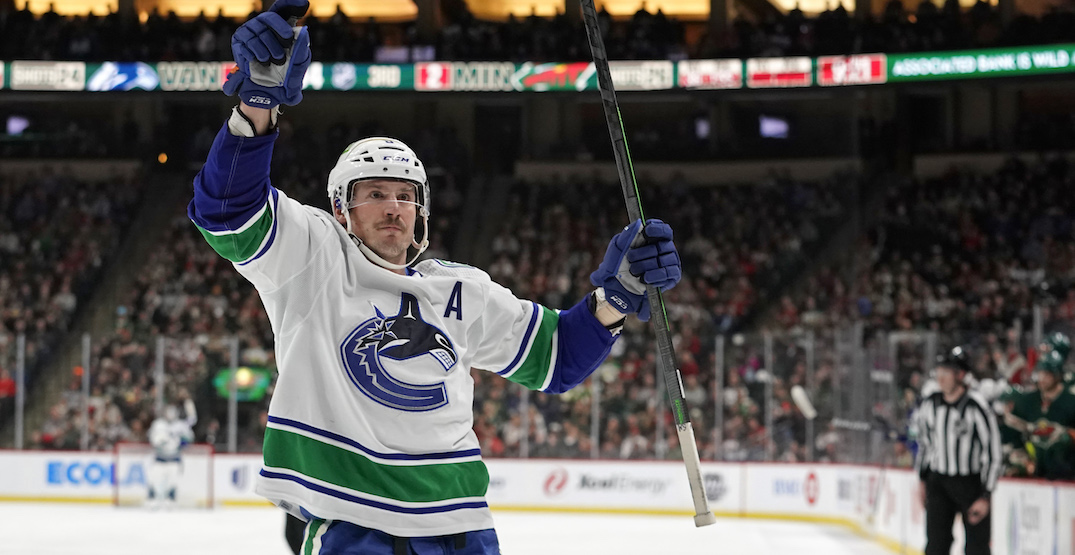 With just 14 games left, the playoff math is getting harder for the Vancouver Canucks.

Many gave up on the Canucks’ playoff chances after a disappointing 2-3-2 homestand, including losses to Detroit and Buffalo. But they followed that up with an impressive 2-1-1 road trip, which included wins in Colorado and Dallas.

They’re still in the race, but their margin for error is getting smaller.

The Canucks now trail the Vegas Golden Knights by three points for the last playoff spot in the Western Conference but have to leapfrog the Stars and Jets as well. Of those four teams, Dallas is the team in the driver’s seat by virtue of having the most games (18) remaining on their schedule. 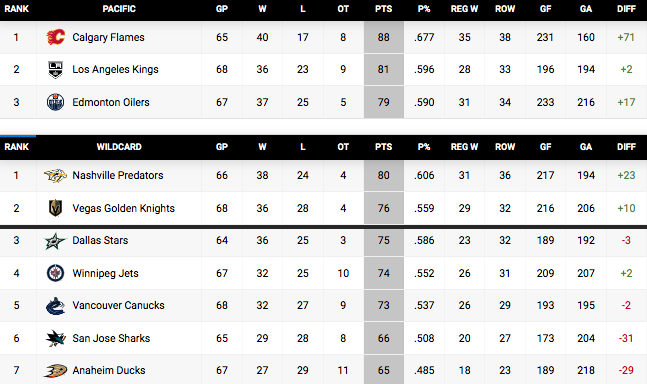 The good news is the Canucks have games against Dallas and Vegas, where they can make up ground.

Following Wednesday’s home game against the St. Louis Blues, the Canucks play a home-and-home against Vegas. The two teams will play each other again less than a week later at Rogers Arena on April 12.

The Canucks also get a chance against the Stars at home on April 18.

Those games carry extra importance, but the Canucks will also likely need to win the vast majority of their remaining games.

It usually takes around 95 points to make the playoffs in the Western Conference. For the Canucks to reach that mark, they would need to go on a run to end the season. The Canucks probably can only afford to lose about three more games in regulation, as a record of 11-3-0 would get them to 95 points.

While that’s not likely, Vancouver does have a few relatively easy matchups remaining — though, given recent form, they’re far from guaranteed wins. The Canucks play five more games against teams that are out of the playoff picture, including two games against Arizona and one each against San Jose, Ottawa, and Seattle. They also have three back-to-back scenarios left.

Nine of Vancouver’s final 14 games will be played at home, though that may not be positive for them. The Canucks have actually been better on the road this season, posting an 18-14-4 record for away games, compared to just 14-13-5 at Rogers Arena.

Thatcher Demko has shown some signs of fatigue lately, with Bruce Boudreau’s decision to start Jaroslav Halak twice on the four-game road trip perhaps being telling. Demko has a .913 save percentage in the month of March, posting a 5-3-3 record.

J.T. Miller has led the way offensively for the Canucks this month, with 20 points in 13 games. That’s six points ahead of Bo Horvat, who has 14 points in March. Quinn Hughes (12 points), Elias Pettersson (9), Brock Boeser (8), and Tanner Pearson (8) are the other leading scorers this month.

Can they get it done? Hey, stranger things have happened.