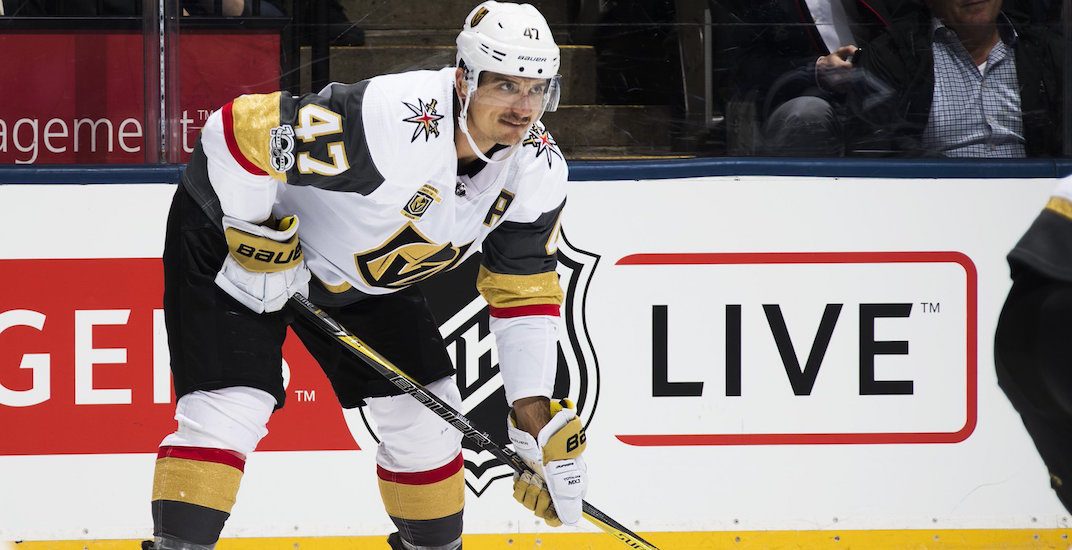 Luca Sbisa is a man without a team.

The former Vancouver Canucks defenceman is currently an unrestricted free agent and is still unsigned for next season. Coming off the three-year, $3.6 million per season contract given to him by Jim Benning, it appears there’s no longer a team interested in committing to him.

So with NHL training camps getting underway this week, Sbisa has accepted a pro tryout with the New York Islanders.

A whipping boy for Canucks fans during his time in Vancouver, Sbisa appeared to get a new lease on life after the Vegas Golden Knights picked him in the expansion draft.

Moving from one of the worst teams in the league to one of the very best, Sbisa scored 14 points in 30 games – an impressive pace – in what was an injury-plagued regular season.

The 28-year-old returned to the lineup during the second round of the playoffs, playing in every game during the Western Conference Final and Stanley Cup Final.

That’s the good news. As always with Sbisa, his advanced stats numbers were putrid. Albeit in just 30 games, he had the worst Corsi-for percentage (43.3%) among all Golden Knights players, and by a wide margin.

Sbisa wasn’t much better in the playoffs either, notably in the deciding game of the Cup Final when two of his third-period giveaways led to the game-tying and winning goals for the Washington Capitals.

Brooklyn could be a good landing spot for Sbisa, who will earn a contract if he impresses in the preseason. He can provide toughness on the back-end – something every NHL team is looking for. The Islanders gave up more goals against than any team in the league last season, and are also not blessed with a ton of depth on their blueline, which could open a door for Sbisa.