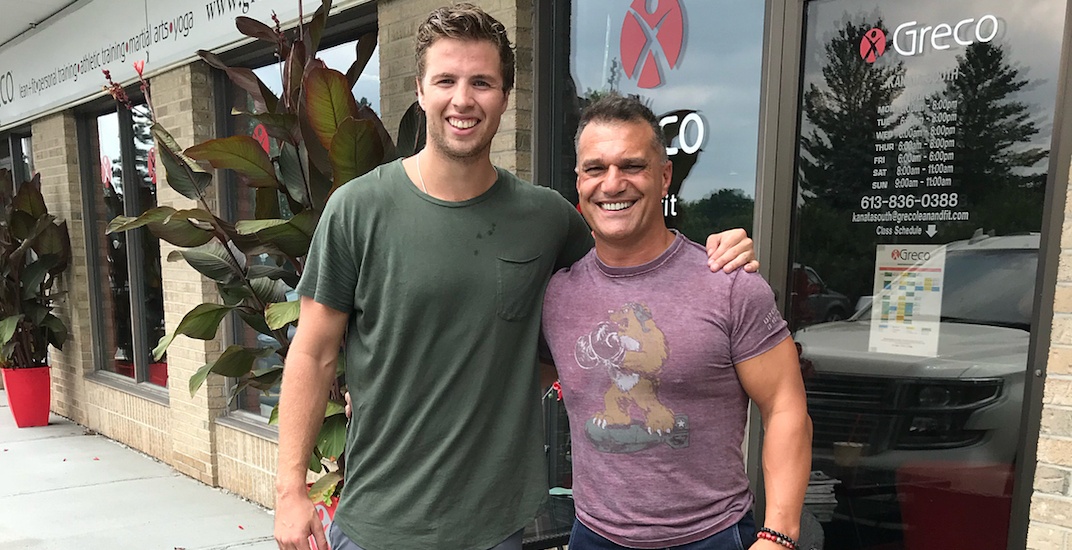 Thanks @tonygrecotg and the fellas for a great summer in the gym! Until next year! #strongmindleanbody #squinting

Training with other athletes, including Philadelphia Flyers centre Claude Giroux near his offseason home in Ontario, the baby fat appears to be gone. That’s good, because it better be.

This is a big offseason for Hutton.

Following a season with no goals and six assists in 61 games – only Erik Gudbranson had fewer points – head coach Travis Green wasn’t shy about calling out Hutton at the end-of-season media conference.

“I know analytics said that Ben did some good things. At the end of the day, Ben Hutton had six assists in 61 games and I wasn’t thrilled with some of the things he was doing,” Green said bluntly.

Hutton was an analytics darling early on, before Green began regularly making him a healthy scratch. He still wound up with the third-best Corsi-for percentage among Canucks defencemen, at 49.15%, but never escaped the coach’s doghouse.

One of the big reasons why, was his conditioning.

“His conditioning wasn’t as good as I wanted it to be,” Green said. “I thought he could play better than he did on the ice.”

“Ben Hutton needs to improve on his skating,” he added, something that goes hand-in-hand with conditioning.

Hutton has been a shadow of his former self since his 25-point rookie season in 2015-16. Nothing is guaranteed for the 25-year-old blueliner, beyond the final year of his $2.8 million contract.

There’s no guarantee that he’ll be an everyday player for the Canucks next season, as the situation is the same as the previous one – provided that Olli Juolevi doesn’t earn a spot to further complicate matters.

If he has a repeat of last year, odds are he’ll be gone at the end of the season through free agency.

A pending restricted free agent, there’s a chance the Canucks won’t give Hutton a qualifying offer, which would make him a UFA and allow him to sign elsewhere. Given his relationship with the coach, he’d be a good bet to change organizations if it came to that.

The best solution, for the player and coach, is improvement from within.

“I want Ben Hutton to come back a better hockey player,” Green said.

“He had a rough year, and that happens. You go through adversity. How you handle it, how you come out of it, determines a lot as an individual, your duration in the league, and as an organization, progressing and becoming a better team.”

The Canucks’ defence projects to be one of the worst in the league again this season, so a prominent role should be Hutton’s for the taking. If he lives up to the potential he showed two years ago, he could play significant minutes – maybe on a pairing with Chris Tanev, who he had success with last season.

We’ll begin to see how much Hutton’s Instagram page matches reality when players report for training camp in a couple of weeks.