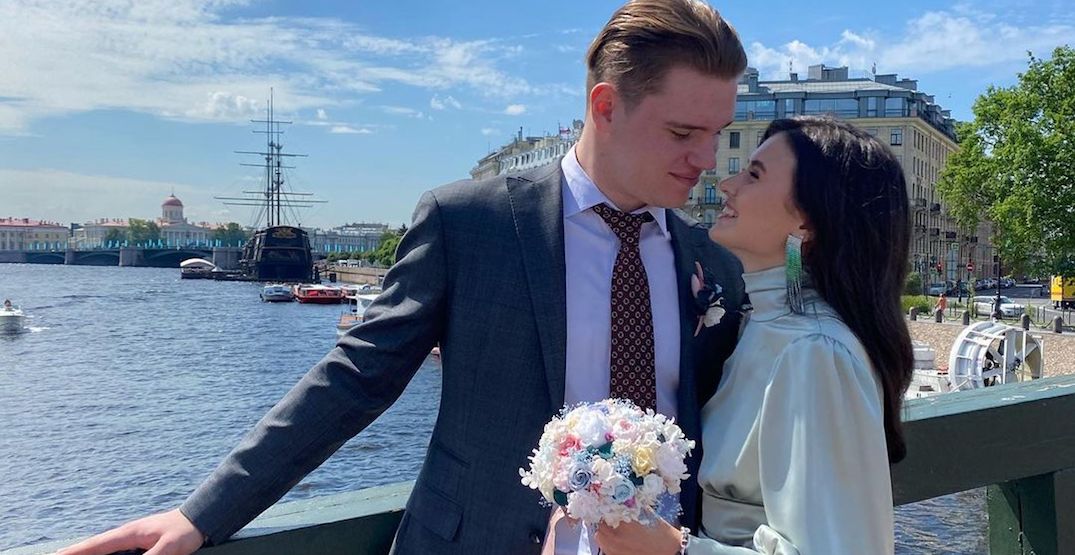 “Briefly, I got married,” Podkolzin said. “I am so nervous, but everything is fine. I have parents, friends, my beautiful wife. The main part is ahead, everything is just beginning!

Podkolzin signed his first NHL contract with the Canucks last month, and is expected to move to Vancouver this summer. The Moscow native was picked 10th overall at the NHL Draft in 2019, which was held in Vancouver.

The Canucks expect Podkolzin to secure a spot in the lineup next season, likely in a second or third-line role. Even if the Canucks decide to send Podkolzin to the minors, he is assured of spending next season in the Lower Mainland, since Vancouver has moved its AHL team to Abbotsford.

Unlike the last high-profile Canucks draft pick from Russia, Podkolzin said he doesn’t have an out-clause in his contract in an interview with an SKA website reporter (transcribed in English by Chris Faber of Canucks Army).

“I don’t think about returning to Russia, I want to fight my way there and prove it… I am very happy that I signed a contract with Vancouver, that everything happened this way,” said Podkolzin. “It’s all very cool.”