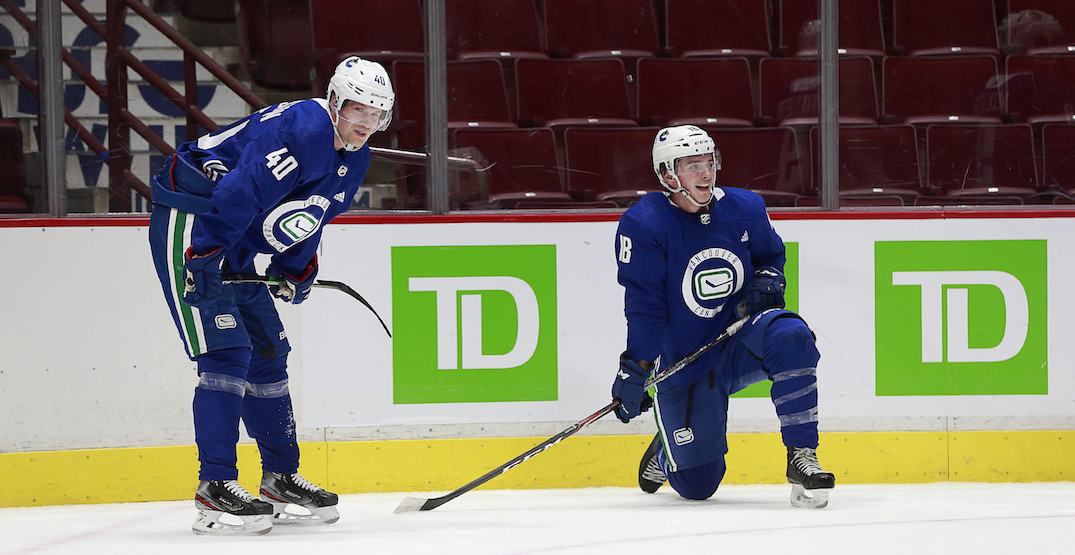 The Vancouver Canucks will be back on the ice on Monday at Rogers Arena, after an unscheduled day off on Sunday.

The team sent out a press release on Sunday morning, announcing that all practices and workouts had been cancelled due to potential exposure to COVID-19.

“The decision was made out of an abundance of caution due to potential exposure of COVID-19,” the Canucks said.

The Canucks are the fourth NHL team to run into problems due to the virus. The Dallas Stars were hit the hardest, with six players and two staff members testing positive. That may delay the start of their season by a week.

The Columbus Blue Jackets kept multiple players off the ice and the Pittsburgh Penguins cancelled a practice, each stating the moves were made “out of an abundance of caution.”

While the Canucks haven’t provided details regarding what happened, players, coaches, and staff are being tested for the virus regularly, and NHL protocols dictate their response in this situation.

The Canucks announced this afternoon that practice is back on for Monday morning, so that’s good news. For now, the Canucks aren’t providing details on what exactly happened. The team will speak to the media at 12:20 pm, where we may find out more.

The NHL season is set to start this week, with the Canucks travelling to Edmonton for a game against the Oilers on Wednesday.