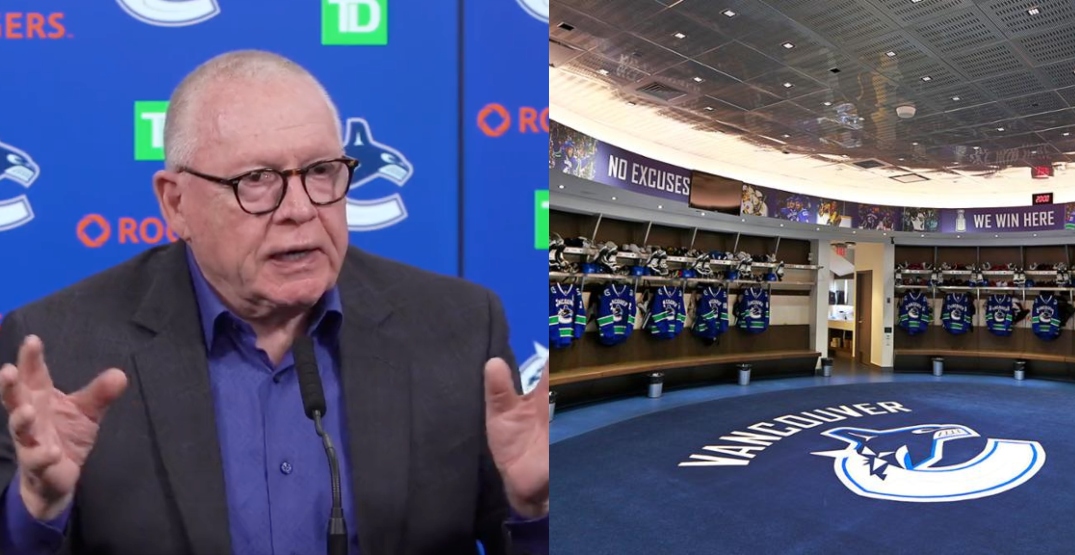 The Vancouver Canucks are going to be spending some significant money this offseason, and I’m not talking about free agency.

In the final press conference of the season, held in the Norm Jewison Room at Rogers Arena on Tuesday afternoon, Canucks president of hockey operations Jim Rutherford said it’ll be the last time the media assembles in that space.

A “nice new room” is on the way for the media, as well as the players, coaches, and staff, as the Canucks modernize many of the facilities at their 27-year-old home arena.

A brand new dressing room is on the way for Rogers Arena and the Abbotsford Centre, among other things.

The Canucks also appear to be in the final stage of deciding where to build a new practice facility. As first reported by Daily Hive in 2018, the Canucks were in talks to build a practice rink across the street from Rogers Arena, as part of the Plaza of Nations redevelopment. Those plans were abandoned in 2021, so it was back to the drawing board.

“The other priority, and we’re gaining momentum on it, is the practice rink,” Rutherford said. “Getting down to two, maybe three different sites. Very close to making a decision on the site.”

Refreshing the dressing room was a priority for Mike Gillis after he was hired as GM, with major renovations coming in 2009. The Canucks, unlike some other teams around the league, have never had a proper practice facility outside of their home rink, forcing them to skate at UBC and Scotia Barn (formerly Burnaby 8-Rinks) when Rogers Arena is occupied.

The Canucks don’t need to look far for an example of a state-of-the-art practice facility, as the Seattle Kraken built one at Northgate prior to their inaugural season.

“We have an older facility. I think overall, the people here have done a good job of maintaining the facility. But you’ve been in the locker room, it’s outdated,” Rutherford told Daily Hive. “It certainly needs to be updated.”

Improving team facilities is not only a way to make life more comfortable for existing players, as Rutherford agreed that it can help with player acquisition.

If you build it, they will come… perhaps.