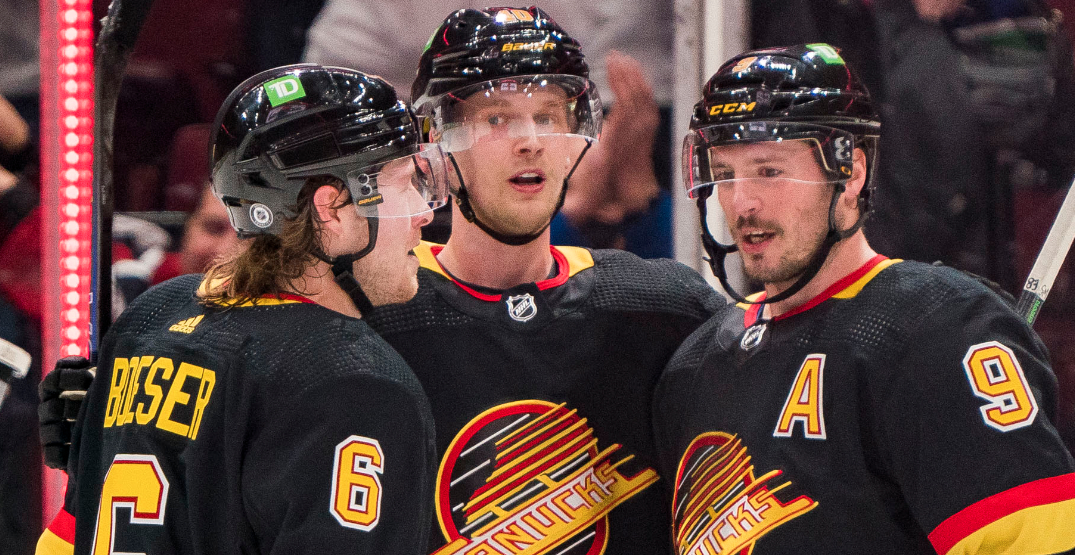 The Vancouver Canucks have a long way to go to be a Stanley Cup contender, and fans are right to expect more change from this new administration.

The job is not done. Heck, the job has barely started.

But to answer the question, today, “as it stands now, are the Canucks a playoff team?”

My answer is yes.

What’s more, this team could be a lot of fun if rolled out in October.

I did some mock line combinations and settled on a top line of Ilya Mikheyev and Brock Boeser flanking Elias Pettersson. I want Mikheyev’s speed paired with the two heavier-footed scorers. I think he’d do wonders getting in on the forecheck and turning pucks over for Pettersson and Boeser.

My second line is centred by J.T. Miller and, yes, I am going with strength down the middle. Not moving Miller back to wing after he sets a career-high of 99 points (32 goals, 67 assists) while playing mostly as a pivot.

I’ve got Andrei Kuzmenko and Conor Garland on Miller’s wings. Kuzmenko is known as a setup man in Russia, and I like the idea of him with finishers. I also think Miller and Garland could ease his transition to the NHL. They’ll bring the pugnacity and be in the middle of the scrums should opponents want to rough up the Russian rookie.

I’ve got Bo Horvat centering the third line, and that’s not a comment on the captain. Rather, it’s a function of having Miller and Pettersson centre their own lines.

It has the makings of an exciting and productive top-nine, with a fourth line of newcomers Dakota Joshua and Curtis Lazar joining bounce-back candidate Nils Hoglander.

I’ve got Jason Dickinson as my spare forward, Will Lockwood starts in Abbotsford, and I’ll carry eight defencemen.

And on some nights, when the goals aren’t going in, I’m sure Thatcher Demko will stand on his head and steal some points as well.

Now, about that defence…