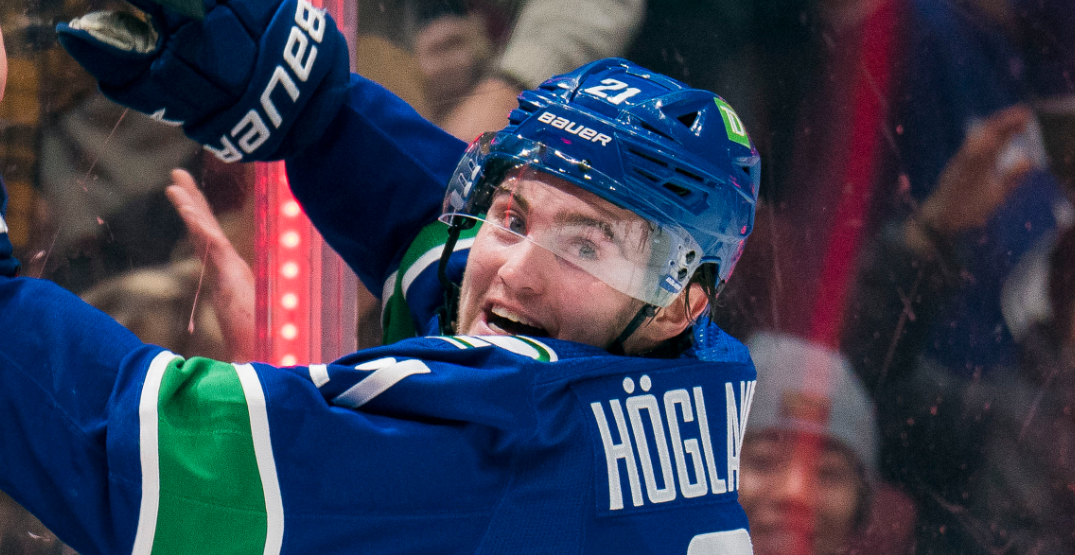 The sophomore slump is still a thing, as Nils Hoglander can attest.

Hoglander surprised everyone in 2020-21 with a top-six calibre performance as an NHL rookie. He finished that season second on the Canucks with 26 even-strength points and ended up eight in Calder Trophy voting.

Unfortunately, he couldn’t replicate that same success in 2021-22.

He was one of the only Canucks who clearly struggled under Bruce Boudreau. After seeing his scoring rate drop early in the season under Travis Green (five goals, 10 points in 25 games), he further regressed, winding up with another five goals and eight points in 35 games under Boudreau.

After the Canucks added wingers Andrei Kuzmenko and Ilya Mikheyev this offseason, Hoglander’s spot in the lineup has further been muddled.

Despite lowered expectations for the 21-year-old entering next season, Hoglander is a solid bet to bounce back in 2021-22.

Much of Hoglander’s struggles last season were attributed to bad luck puck – both on offence and defence.

Offensively, Hoglander actually shot the puck and created more scoring chances this year than he did in his rookie season. 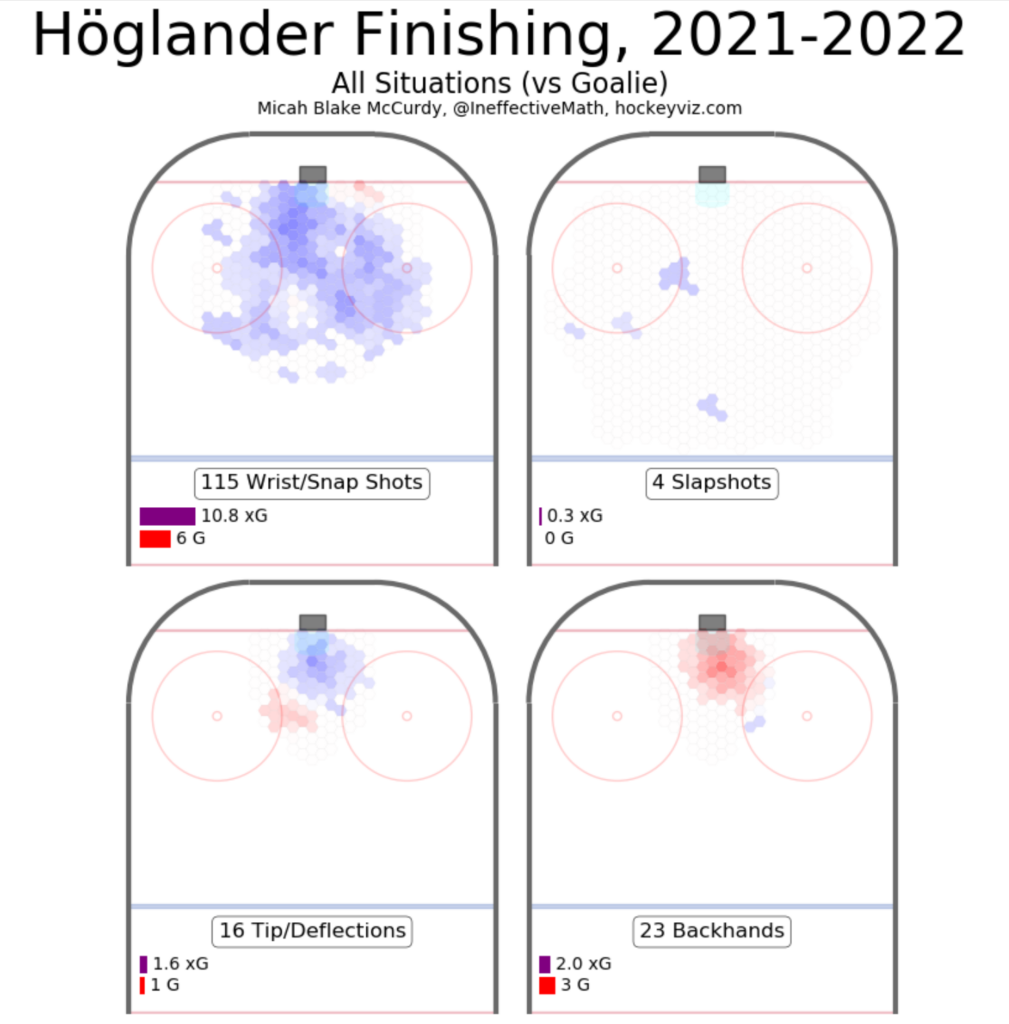 The season prior, Hoglander had 13.1 expected goals-for, and he ended up scoring 12 at even-strength in 56 games.

If Hoglander matched his 14.7 expected goals total, that would have put him on pace for 20 even-strength goals this season.

Not bad for a player who was mainly fed bottom-six minutes.

Why Hoglander’s defensive struggles were overstated

While Hoglander still needs to work on improving defensively in his own zone, his struggles were exacerbated by being on the ice for too many goals against.

Being out of position when you get scored on is something that sticks with coaches, although this probably exaggerated the actual struggles from Hoglander in his own zone.

After Boudreau took over, Hoglander’s 3.15 goals-against per-60 was the worst total among all regular Canucks.

And, because he also struggled to score, his actual goals-for percentage of 40% was also the lowest among all regular Canucks under Boudreau.

However, the expected goals-total paints a different picture.

Incredibly enough, Hoglander was the only regular Canucks skater under Boudreau to have a lower expected goals-against total than actual goals against.

This indicates that not only was Hoglander unlucky, but perhaps a number of other Canucks were lucky that they weren’t on the ice for more goals against.

Perhaps if they were, Hoglander wouldn’t have been the main candidate for a long-term stay in Boudreau’s doghouse.

Despite all the criticism directed Hoglander’s way, the winger finished with the third-best expected goals-for total among regular Canucks under Boudreau – trailing only Tanner Pearson and Conor Garland.

Betting on a Hoglander resurgence with Canucks

Based on the underlying numbers and Hoglander’s young age, there’s a lot of reason to believe he’s going to be much better for the Canucks next season.

We also haven’t even mentioned that the youngster was hampered by an abdominal injury that kept him out for nearly the final two months of the season.

However, the main thing working against Hoglander is a loaded Canucks depth chart at forward.

After the additions of Kuzmenko and Mikheyev, it’s fair to wonder where Hoglander fits into the lineup.

If the Canucks do spread out their offence over the first three lines, it’s plausible that Hoglander could sneak into a role alongside Elias Pettersson or Bo Horvat on the second or third line.

Or, Hoglander could be staring down the possibility of beginning the season with Curtis Lazar on the fourth line.

Is that really the best spot for the young Swede?

Where he starts to begin the season is largely irrelevant to his longer-term outlook.

This is a player who deserved a better fate last season based on puck luck, and one who likely saw a dip in his performance due to an abdominal injury.

On top of all that, he’s a player who wowed late-Canuck scout and former skills coach Patrik Jonsson with his work ethic.

“I could see it right away when you see him play, or just stepping on the ice with him. He has that extra. He wanted to go and go as far as he could. You can see when he plays — whether it’s the SHL, Allsvenskan, NHL, he just loves to be on the ice.”