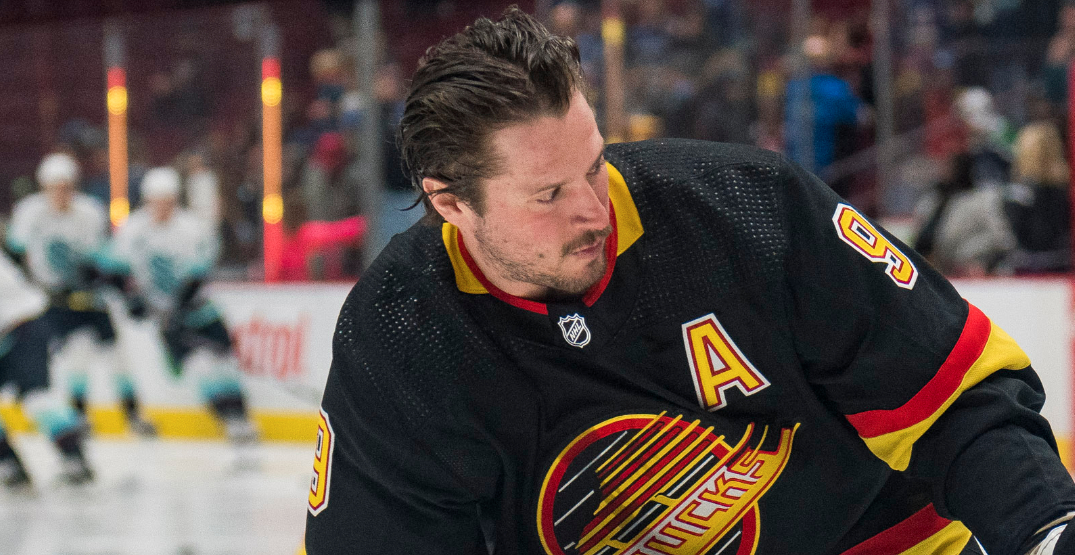 When we left you last week, Matthew Tkachuk was still a member of the Calgary Flames and we were musing about how the Seattle Kraken would spend their cap space.

By Friday night, we had answers.

And neither was good news for the Canucks if they hope to be competitive in the Pacific Division next year.

Because the Kraken, who admittedly have a long way to go up the standings, got better at no cost with the addition of three-time 20-goal scorer Oliver Bjorkstrand from the Columbus Blue Jackets. It cost them two mid-round draft picks. Cap space has its privileges.

In Calgary, the Flames added 115-point forward Jonathan Huberdeau and top-four defenceman MacKenzie Weegar in exchange for Tkachuk. They replace some of the scoring lost with Johnny Gaudreau’s free-agent defection, while adding another defender that is sure to warm the cockles of Darryl Sutter’s cold, defensive heart.

Are they better than last year’s 111-point team? Unclear. But any notion that the Flames would go away or rebuild has now been extinguished.

Beyond the competitiveness of the division, these trades were instructive for the Canucks in two ways.

First, it is very difficult to move money.

The Blue Jackets were in a unique situation given the acquisition of Gaudreau and the extension of Patrik Laine. That said, they gave away a top-six winger in Bjorkstrand, who makes slightly more money than J.T. Miller.

Second, players entering the final years of their contracts and seeking extensions before they hit unrestricted free agency, they aren’t as valuable as one might think. Florida gave up two of them, plus a first-round pick and a prospect, to get Tkachuk and sign him to an extension.

Both of those things have value, just perhaps not as much as management or the fan base would have hoped.