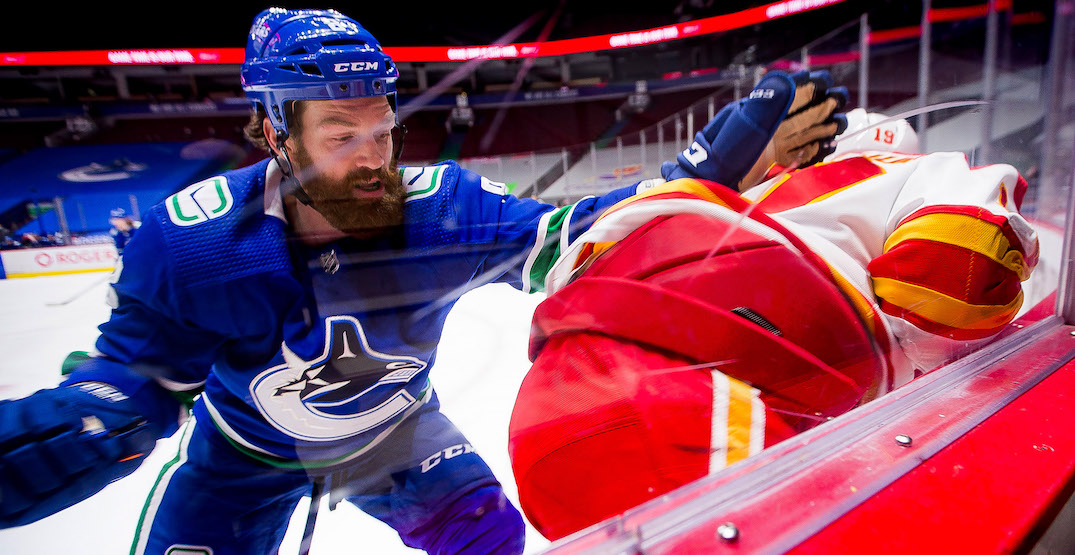 The Vancouver Canucks have made two more moves on trade deadline day.

Jordie Benn has been traded to the Winnipeg Jets in exchange for a sixth-round pick.

OFFICIAL: #Canucks acquire a 2021 sixth-round pick from the Winnipeg Jets.https://t.co/OA8PLRkyjU

The Canucks have also acquired 25-year-old defenceman Madison Bowey and a 2021 fifth-round pick from the Chicago Blackhawks in exchange for a 2021 fourth-round pick.

Benn is a pending unrestricted free agent, as he’s in the last year of a contract carrying a $2 million cap hit. The Victoria native has nine points (1-8-9) in 31 games this season, playing 14:40 per game.

In acquiring Bowey, a defenceman who was available on waivers earlier this season, the Canucks give themselves more flexibility for the upcoming Seattle expansion draft, as they need to expose a defenceman with NHL experience.