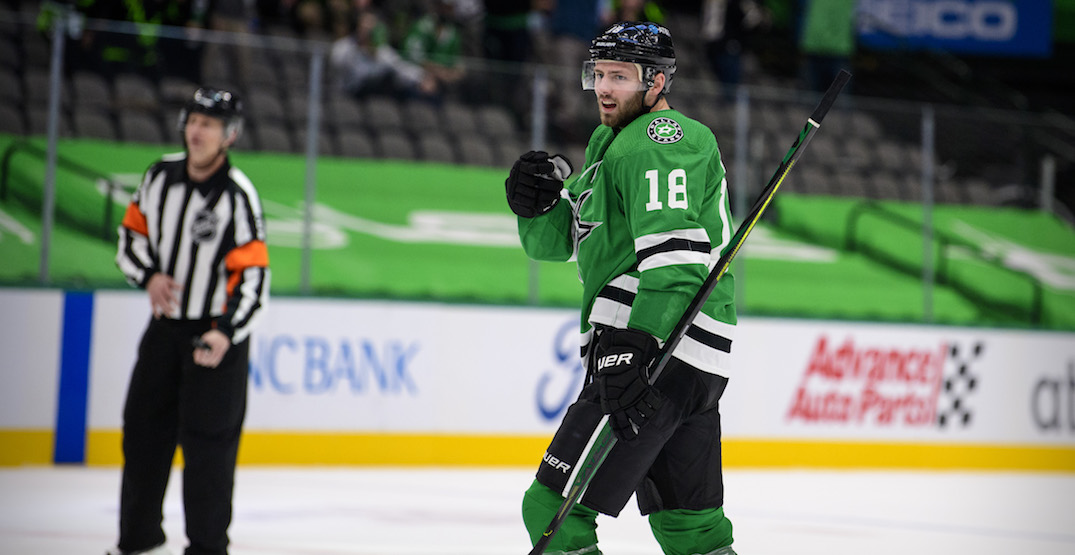 The Vancouver Canucks have made a last-minute trade ahead of today’s expansion draft roster freeze.

The Canucks have found a third-line centre, acquiring Jason Dickinson from the Dallas Stars in exchange for a third-round pick in this year’s draft.

The Georgetown, Ontario native has scored 63 points in 221 career games since the Stars picked him in the first round of the 2013 draft. Dickinson is well regarded for his defensive play, and was one of Dallas’ most relied upon penalty killers, averaging 1:41 of PK time last season.

Jason Dickinson, traded to VAN, is an all-defence middle six forward who had some of the best scoring chance suppression numbers in the league this year. #Canucks pic.twitter.com/CBPISwtuAt

Fans may remember Dickinson during the playoff bubble in Edmonton last year, as he was Dallas’ representative when players decided not to play for Black Lives Matter. Dickinson was also one of the few players that decided to kneel for the national anthem.

Dickinson (to Horvat's right) was front and centre when players chose not to play for BLM in the bubble last year. He was Dallas' representative. pic.twitter.com/AHYCBFM8jf

A roster freeze went into effect at noon PT today, as teams submit their expansion draft protected lists. Those lists will become public on Sunday morning, and the Seattle Kraken will select 30 players on Wednesday.

Dickinson was likely Seattle-bound if Dallas didn’t trade him. Vancouver will have a protection spot for Dickinson, meaning the Canucks will likely lose one of five players to Seattle: Kole Lind, Jonah Gadjovich, Zach MacEwen, Matthew Highmore, or Braden Holtby.