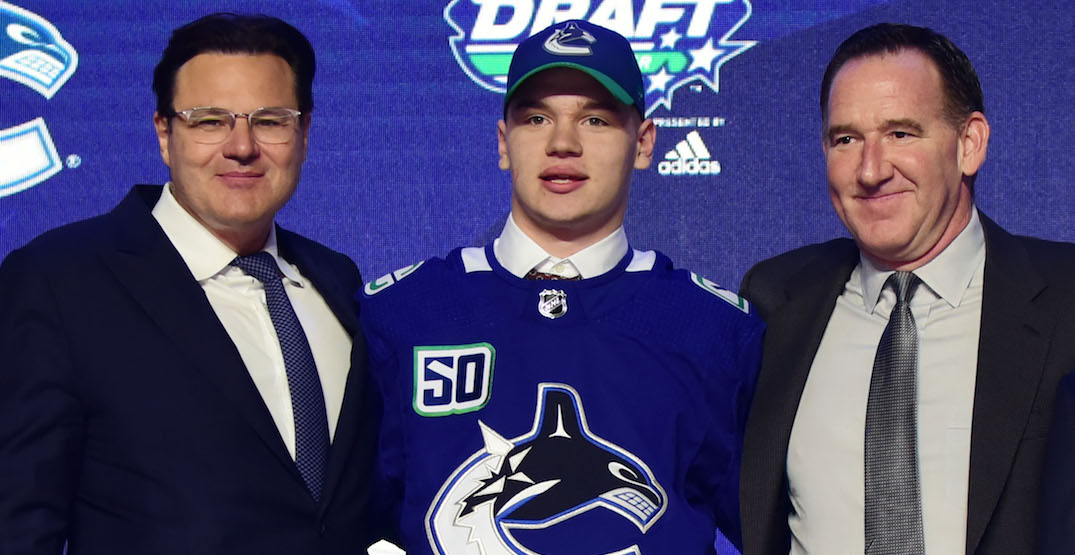 Hockey season is just around the corner.

It all begins with rookie camp for the Vancouver Canucks, who announced the names of 12 players that will hit the ice at Rogers Arena beginning this Friday.

There won’t be a Young Stars tournament again this year, but all eyes will still be on Vasily Podkolzin. The 20-year-old Russian is expected to make his NHL debut this season, likely as a fixture on the Canucks’ second or third line.

The 10th overall pick in the 2019 NHL Draft, Podkolzin struggled to get ice time with his KHL team for much of the past two seasons, but showed well once given the chance. Podkolzin finished last season with 11 points in 16 KHL playoff games, and had four points in seven games as one of Russia’s best players at the World Juniors.

A rugged two-way winger, Podkolzin’s value is expected to extend beyond goals and assists.

Eight forwards, three defencemen, and one goaltender will take part in rookie camp, which begins with player medicals and fitness testing on Thursday.

Another player to keep an eye on is Danila Klimovich, Vancouver’s top pick in the 2021 draft, taken in the second round (41st overall). Barring a major surprise in the main training camp, the 18-year-old Belarusian won’t be playing NHL games this season.

The Canucks, who signed Klimovich to an entry-level deal, have options on where to send him. He could play major junior in Canada to get used to North America, or he could even be sent to Abbotsford to dive straight into AHL games. Perhaps the best bet, however, is for him to go back to Europe for another year.

Other notable players include Jett Woo, the Canucks’ second-round pick in 2018, as well as a pair of Vancouver Giants who were signed to AHL contracts by Abbotsford, in Alex Kannok-Leipert and Tristen Nielsen. 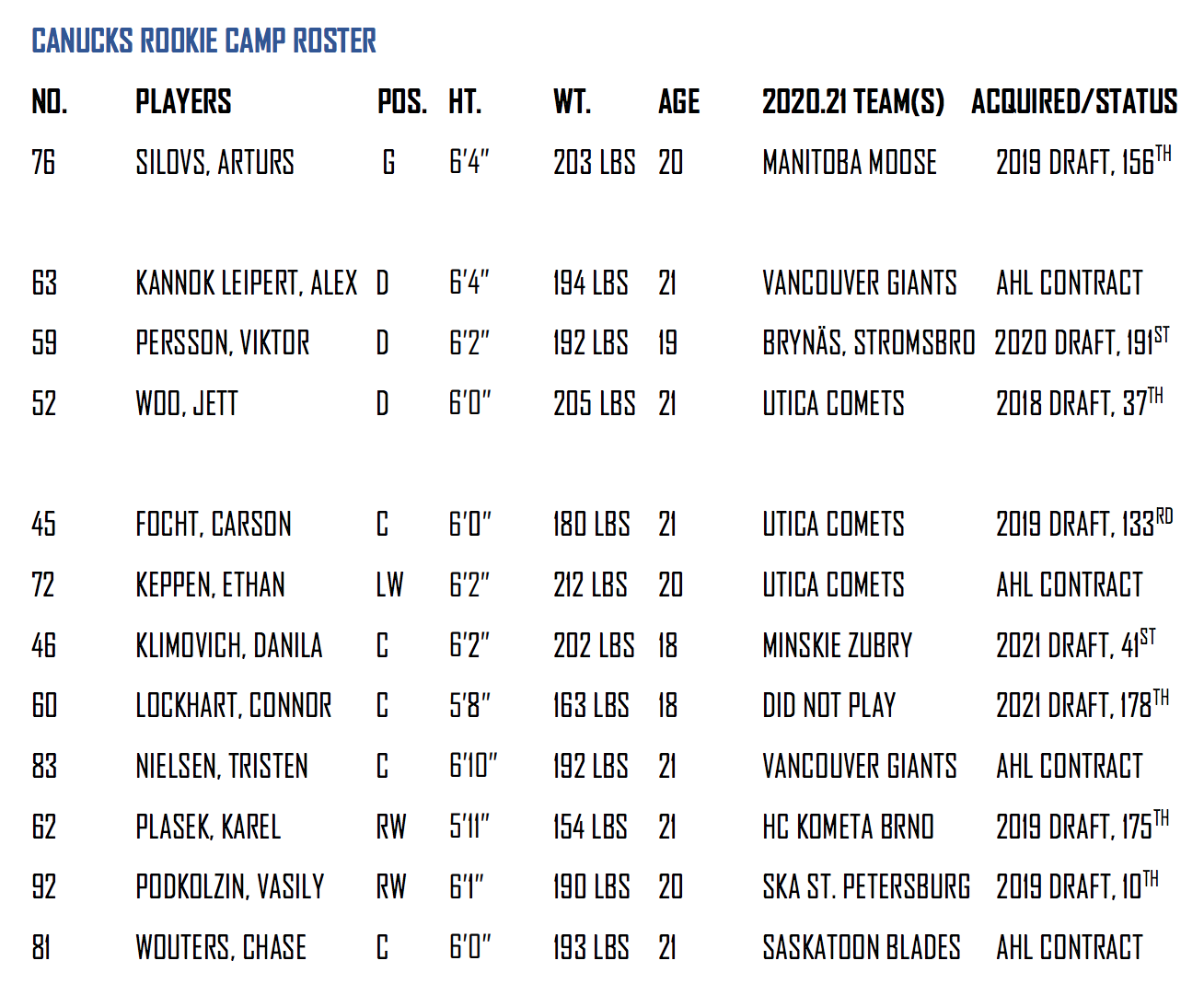