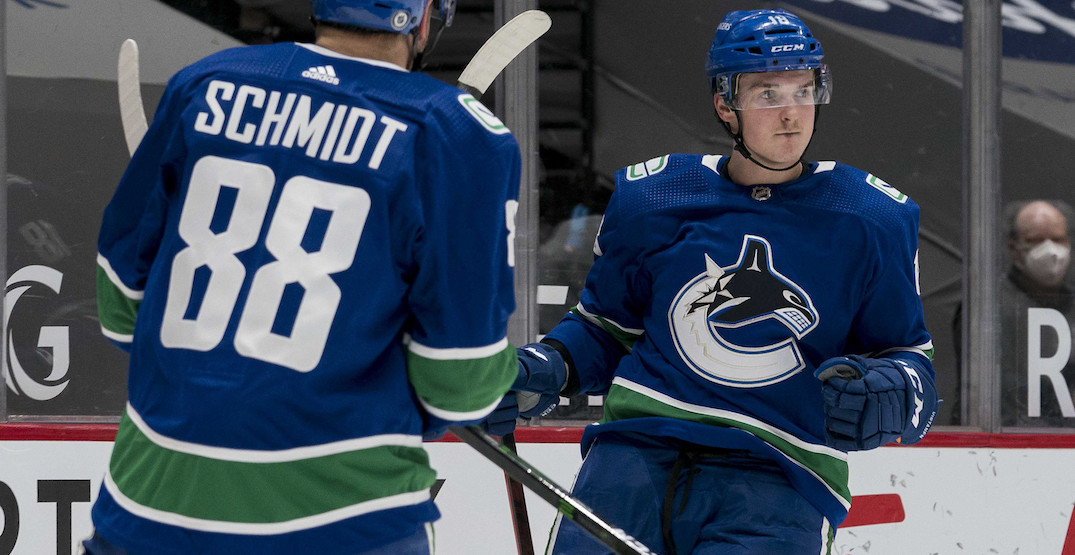 Jake Virtanen’s name has popped up in another trade rumour.

This time it appears the Florida Panthers are interested in the Vancouver Canucks winger. According to a report from Sportsnet 650’s James Cybulski, the Canucks and Panthers have talked about a potential deal involving Virtanen and one of Florida’s depth defencemen.

The name Cybulski is hearing is Markus Nutivaara, a 26-year-old Finnish defenceman who has three points and is averaging just 15:24 of ice time in nine games with the Panthers this season. Nutivaara is in his first season with the Panthers, after being traded by the Columbus Blue Jackets in October.

The six-foot-one, 187-pound blueliner has 63 points in 253 career NHL games with the Blue Jackets and Panthers.

The contracts of both Virtanen and Nutivaara are similar, with both players having one year remaining on their respective deals. Nutivaara’s cap hit is $2.7 million, compared to $2.55 million for Virtanen. But in real dollars, Virtanen is due $3.4 million next season, while Nutivaara is owed $3.3 million.

It’s fair to say that both players haven’t lived up to expectations, though Virtanen is younger, at age 24. A former sixth-overall draft choice, Virtanen has just four points this season, but is only one year removed from an 18-goal season.

Virtanen has been involved in trade speculation all season, as a potential deal with the Anaheim Ducks, possibly for Danton Heinen, reportedly fell through in February.

The NHL trade deadline isn’t until April 12, but this could be an ideal time for the Canucks to trade with an American team. Vancouver has a full week off after Wednesday’s game, which would minimize the negative impact of an arriving player going through a 14-day quarantine.