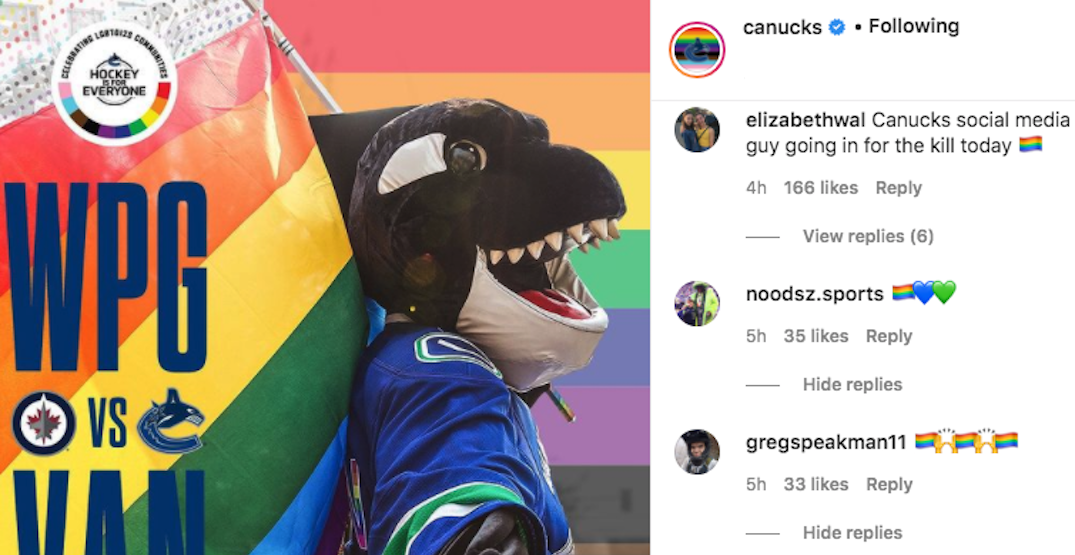 It’s “Hockey is for Everyone” month for the Vancouver Canucks, as they celebrate the team’s diverse community and fanbase.

A league-wide initiative, Hockey is for Everyone aims to provide a “safe, positive and inclusive environment for players and families regardless of race, colour, religion, national origin, gender identity or expression, disability, sexual orientation, and socio-economic status,” at all levels of the sport.

The Canucks celebrated women in hockey on March 8 and Indigenous Peoples Night was on March 13. On April 24 (originally scheduled for Wednesday), they’ll celebrate Vaisakhi, and next week they’ll recognize World Autism Acceptance Day.

Tonight, the Canucks are celebrating Pride.

“Team initiatives, storytelling, and content on Canucks social channels and in Sportsnet’s broadcasts will showcase accomplishments of many in these communities, both on and off the ice,” the Canucks said earlier this month in a media release.

The Canucks have been celebrating Pride on social media ahead of tonight’s game. While most of the reaction has been positive, unfortunately, it has brought out some homophobic trolls in the comments section as well.

But guess what? The Canucks were ready for them.

The Canucks social media team has been responding to many of the negative and homophobic comments, in a thoughtful and classy way. Here’s a selection of them: 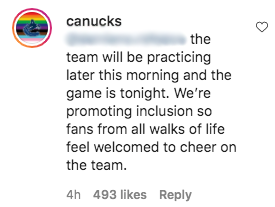 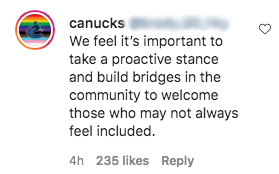 The comments section is currently flowing with many more positive comments about Pride, as well as a whole lot of appreciation for the Canucks’ approach. 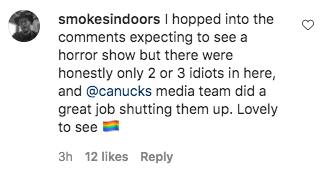 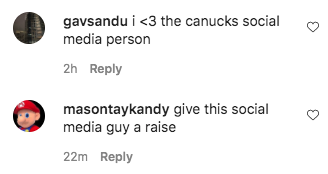