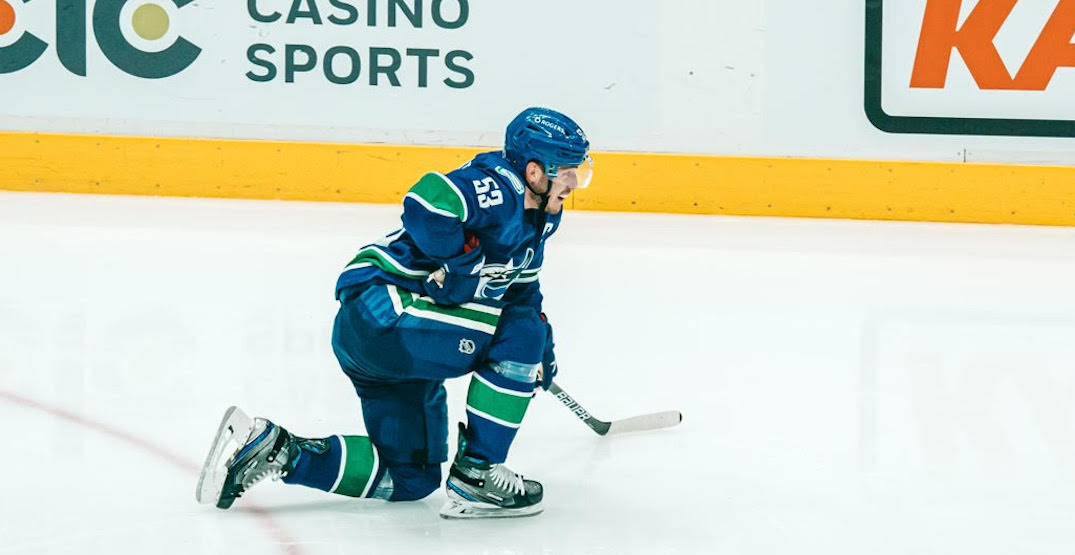 Bo Horvat’s injury doesn’t appear to be as bad as first feared, and he might even be able to play tomorrow night.

That was the good news update from Travis Green today, as the Vancouver Canucks head coach agreed he was “pleasantly surprised” by the news after Horvat’s foot was scanned by their medical team.

Horvat was in agony after being inadvertently hit in the foot by an Alex Edler point shot. The Canucks captain could barely make it to his team’s bench, with a pair of Winnipeg Jets players even helping to push him off the ice.

Green said that Brandon Sutter, who missed Monday’s game due to injury, is “day-to-day” as well and could potentially return to the lineup.

“Hopefully tomorrow we’ll get one or two of those guys back,” Green said regarding the potential crisis the Canucks have at the centre position right now. If Horvat and Sutter are unable to play, Green hinted that J.T. Miller, Adam Gaudette, Tyler Graovac, and Marc Michaelis would be his four centres.

In addition to Horvat and Sutter, Elias Pettersson and Jay Beagle are banged up and aren’t expected to play tomorrow.

Wednesday’s rematch against the Jets will be the final game for the Canucks before their longest break of the season, as they’ll get a full week off in between games.