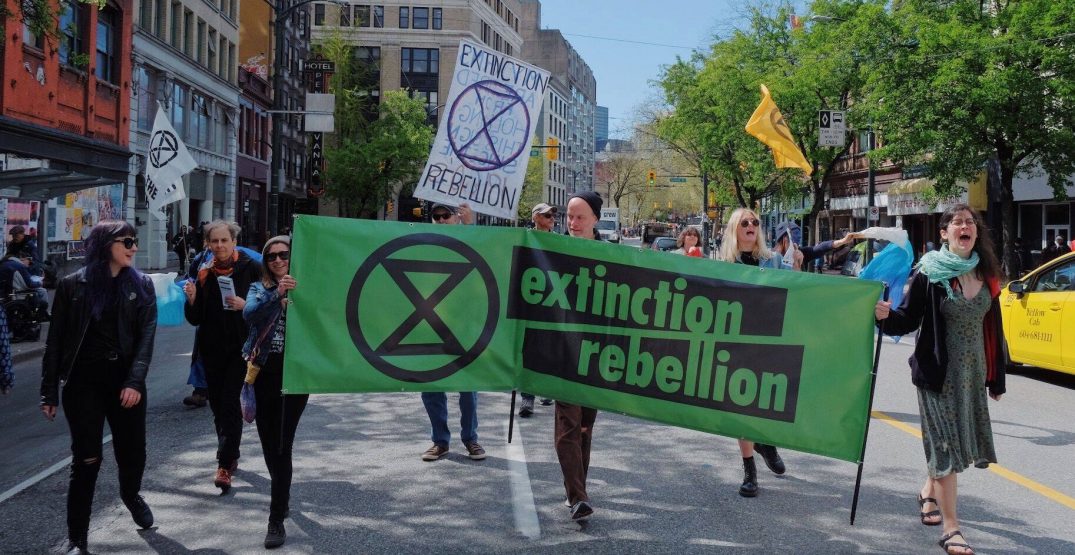 Sunday’s Vancouver Canucks game will have even more drama than usual.

Extinction Rebellion Vancouver has plans to “disrupt” the Canucks game at Rogers Arena against the Chicago Blackhawks on Sunday, November 21 at 5 pm.

Daily Hive has reached organizers about what the disruptions would include. In a press release, the climate action group said that they have informed emergency services about their actions and are committed to allowing “emergency vehicles to pass through all our street occupations.”

The group is planning to gather at Andy Livingston Park at 3 pm and they say they will engage in acts of civil disobedience and are expecting arrests to happen.

If you’re thinking that there’s no correlation between the Canucks and climate change, then you might be right – and that’s the point.

XR Organizer and student Zain Haq said in a release that their planned “act of civil disobedience is inspired the disruption of a horse race by the suffragettes in 1913.”

“The suffragettes were criticized for picking a target unrelated to women’s rights, but it was done to provoke emotional outrage,” he said.

“We intend to cause public outrage and inconvenience. We intend to break the law because it is the only moral thing to do at this time when we are faced with criminal government inaction and lies.”

A Team Spokesperson with the Canucks said that they were “aware of the planned demonstration and are working closely with the VPD and local authorities to ensure a safe environment for everyone attending our game on Sunday.”

The Vancouver Police Department said in a statement that officers will be in the area monitoring and will be available to respond if there are disruptions.