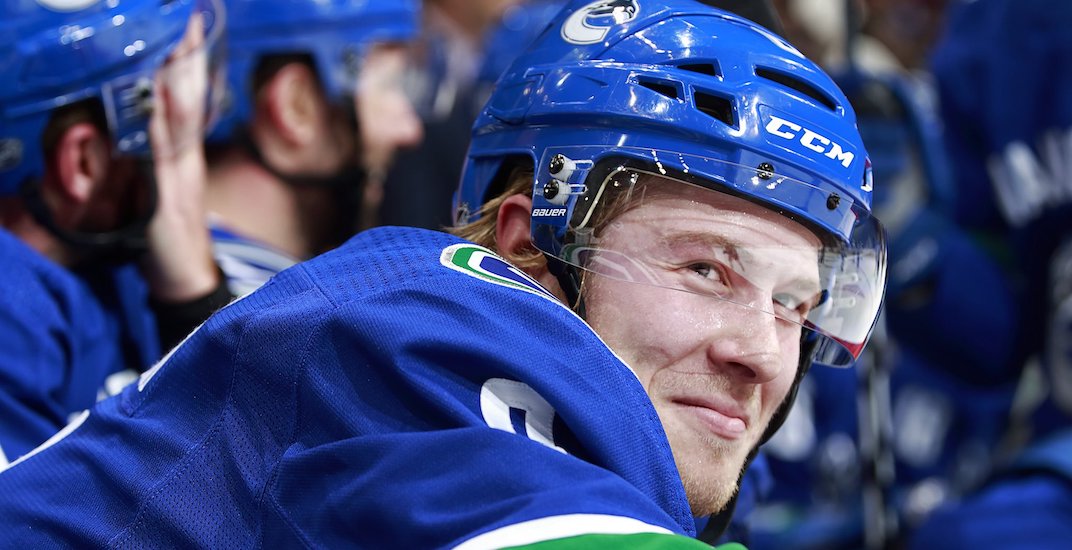 The first domino from the Vancouver Canucks’ restricted free agent pool fell this week, as news filtered out that Derrick Pouliot would not be offered a qualifying offer, effectively ending his stint with the team.

Brendan Gaunce also appears to be on the outs, as the Canucks are not expected to extend a qualifying offer for their 2012 first-round draft pick.

Been told, don't expect the #Canucks to qualify the contract of F Brendan Gaunce. The former 1st round pick in 2012 can use a change of scenery and fresh start elsewhere.

Those moves weren’t all that unexpected, though decisions with the Canucks’ remaining six pending RFAs should provide more intrigue.

Perhaps the top offseason priority for GM Jim Benning, Brock Boeser is in need of a new contract.

Boeser wasn’t as prolific in his sophomore season as he was during his rookie year, seeing a drop in goals (from 29 to 26), and only an increase in points by one (from 55 to 56), despite playing seven more games.

Much of that was due to a slow start, as he recovered from an injury.

So Boeser didn’t exactly cash in during a contract year, but the Canucks still have a good idea of what they have in the Burnsville, Minnesota product.

Boeser could sign a shorter-term bridge deal, buying him time to prove himself and reducing the risk on the team. Or he could cash in now on a long term extension – though there are clearly pros and cons to both.

William Nylander just signed a six-year, $45 million deal ($7.5 million per season), which should be where Boeser’s contract negotiations start.

After spending nearly all of 2017-18 in the coach’s doghouse, there was doubt if Ben Hutton would get a qualifying offer from the Canucks heading into the last season. A strong bounce-back year erased those concerns though.

Based on his up-and-down career, the team might be wary about signing him to a long term contract.

One of the most divisive players on the team, it’ll be interesting to see what the Canucks do with Nikolay Goldobin. He’s got talent, but he wasn’t a favourite of Travis Green. Still just 23, expect the Canucks to give him a qualifying offer or even a small pay raise.

Either way, don’t expect a spot in the lineup to be gifted to him. He’ll need a strong showing in training camp.

Josh Leivo fit in well after being acquired by the Canucks in a December trade with the Toronto Maple Leafs. With decent size and skill, Leivo proved he could play up and down in the lineup, and should be a fixture as a middle-six forward next season.

With a numbers crunch with their forward group, Markus Granlund could be a player the Canucks cut ties with. Granlund hasn’t been able to duplicate the numbers he put up two years ago, when he spent time on the Sedin line, scoring 19 goals and 32 points.

Granlund can do a little bit of everything – play centre and wing on the power play and penalty kill – but he doesn’t seem to do any one thing very well. That versatility probably gets him another look in a last chance deal.

A surprise player on the opening night roster, Tyler Motte earned a spot on the team primarily because of his effort level, and kept it up all season.

Motte brought energy every night and scored enough in a fourth-line role to earn another contract.