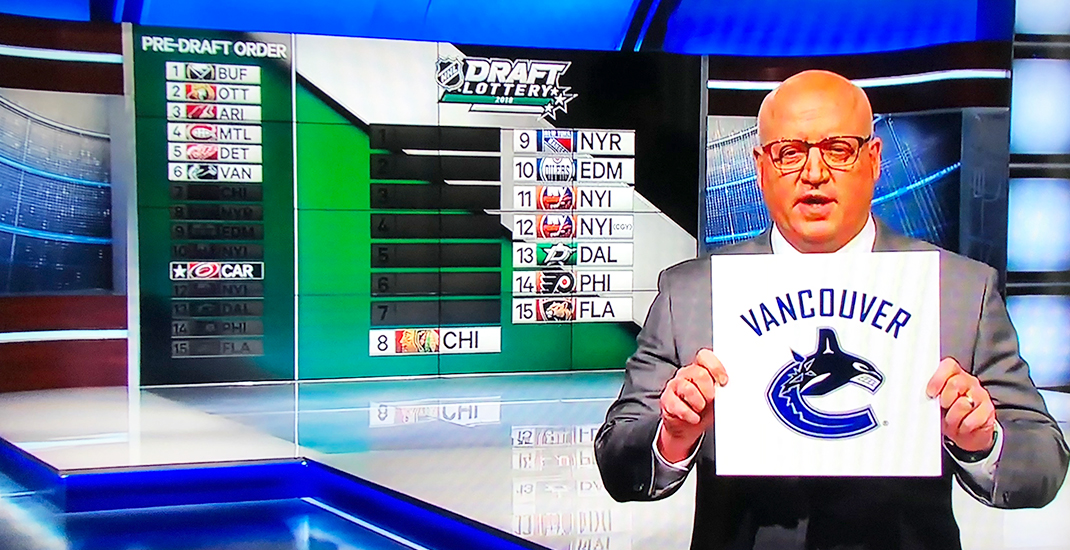 The 2018-19 season came to an end for the Vancouver Canucks Saturday in St Louis, and for a franchise record tying fourth year in a row, it comes without a trip to the playoffs.

Vancouver earned a single point in a 3-2 shootout loss to the Blues, which puts the Canucks ahead of the Anaheim Ducks, locking them into 23rd-place overall in the NHL standings with 81 points. 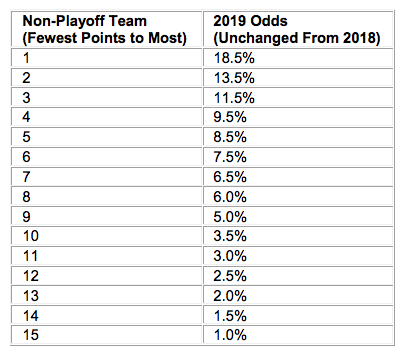 That means the Canucks will participate in the NHL Draft Lottery once again, which takes place on Tuesday, April 9 during a one-hour televised show on Sportsnet beginning at 5 pm PT.

GM Jim Benning will represent the Canucks at the annual draw in Toronto, hoping that his team will finally get some semblance of lottery luck for the first time.

This year the Canucks will have the ninth-best odds entering the lottery, with a 5% chance of claiming first overall and a 16% chance of earning a top-three pick.

In other words, longtime Canucks fans know this means they’ll be picking 12th.

Here are the seven possible results for the Canucks:

The Canucks are hosting this year’s NHL Draft, which takes place June 21 and 22 at Rogers Arena.

The consensus top pick is American centre Jack Hughes, the brother of Canucks defenceman Quinn Hughes. Winger Kaapo Kakko, who won a gold medal with Finland at the World Juniors in Vancouver last January, is pegged by most to be taken second overall. Vancouver Giants defenceman Bowen Byram is expected to be a top-10 pick.