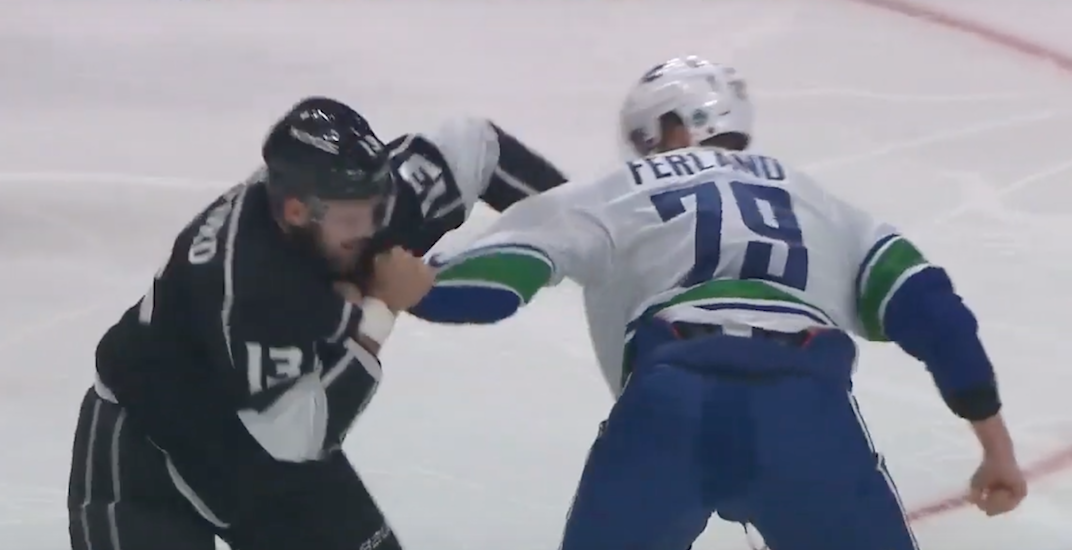 Micheal Ferland is in concussion protocol, Sven Baertschi has rejoined the team, and Adam Gaudette will get into the lineup tonight for the Vancouver Canucks.

Head coach Travis Green delivered the bad news to reporters on hand in Anaheim this afternoon that Ferland, who has a history of concussions, has left the team to get checked out in Vancouver.

Adam Gaudette will slot in.

Ferland likely suffered the injury during a first period fight with 6-foot-2, 211-pound LA Kings forward Kyle Clifford on Wednesday. He didn’t return to the game after the bout.

Ferland, who joined the Canucks as a free agent this summer, is no stranger to dropping the gloves. According to HockeyFights.com, Ferland has been in 64 career fights going back to his WHL days and dropped the gloves six times last season.

Ferland was diagnosed with a concussion last season while he was a member of the Carolina Hurricanes.