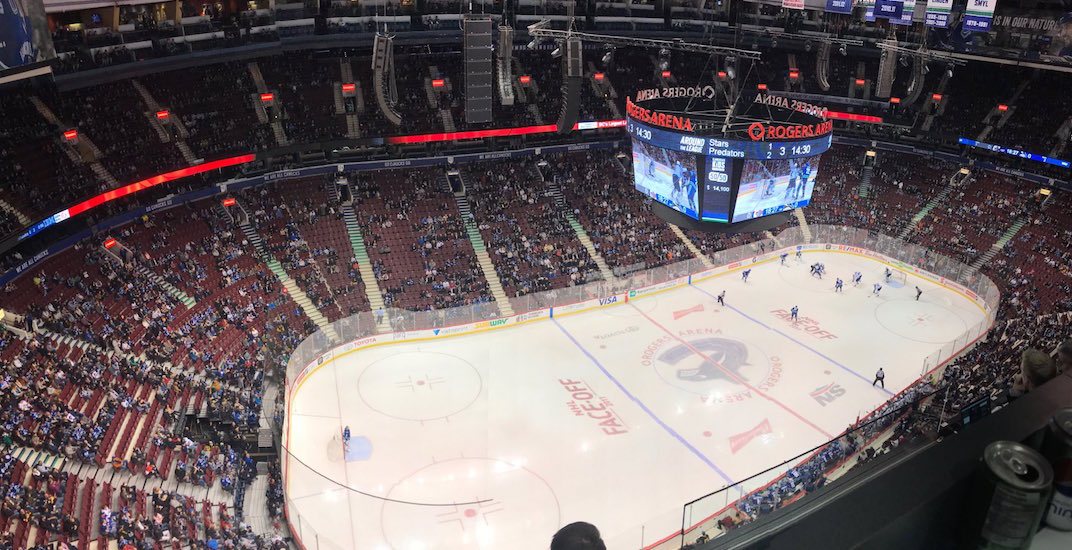 The Canucks were just a year and a half removed from the Mark Messier era. The West Coast Express line was still a month away from taking off.

After making the playoffs for the first time in five years the season prior, the Canucks were off to a rough start.

Dan Cloutier was a young unproven goaltender, and cult hero Bob Essensa was no longer with the team. The Sedins were in their second season. Todd Bertuzzi missed 10 games because of a suspension. Under head coach Marc Crawford, now in his fourth season with the team, the Canucks were 12-17-3 and quickly falling out of playoff contention.

They were playing the Tampa Bay Lightning, who would go on to miss the playoffs for the sixth year in a row.

That was the last time Rogers Arena hosted a Canucks regular season game to a crowd of less than 16,000 people.

The Canucks and Winnipeg Jets played in front of a disappointing crowd at Rogers Arena on Thursday night, with an official attendance listed at just 15,589. That’s the lowest since December 10, 2001, when just 15,370 showed up to the rink.

To make matters worse, a significant portion of the crowd on Thursday were Jets fans.

This could be just the tip of the iceberg for the Canucks, unless they do something to excite the fanbase. Opening night against the Edmonton Oilers was officially listed as a sellout (18,865), though many tickets were available on the afternoon of the game. The second game of the season drew 17,273 for Alex Burrows’ return to Vancouver.

It’s been nearly three years since the Canucks’ sellout streak officially came to an end. The streak started in 2002, lasting 12 years and 474 games.

Ticket prices stayed the same on average for this season. Some sections went up in price, while others went down. Canucks games have four pricing categories, with in-demand games like their annual Saturday showdown against the Toronto Maple Leafs costing more than a Tuesday night affair against a team like the Carolina Hurricanes.

If the Canucks put together another season like last year, when they finished near the bottom of the standings, you can expect crowds to continue to dwindle.

Perhaps their young players can curtail that. Brock Boeser, who made his season debut on Thursday, had the crowd buzzing early. Even a simple back-check got a reaction. Imagine what a goal would do.

A young team energized the fanbase back in 2002 when the sellout streak began. Players Bertuzzi, Markus Naslund, and Ed Jovanovski made it fun to come to the rink again.

It’ll be up to today’s young players – players like Boeser, Jake Virtanen, and Bo Horvat – to do the same.