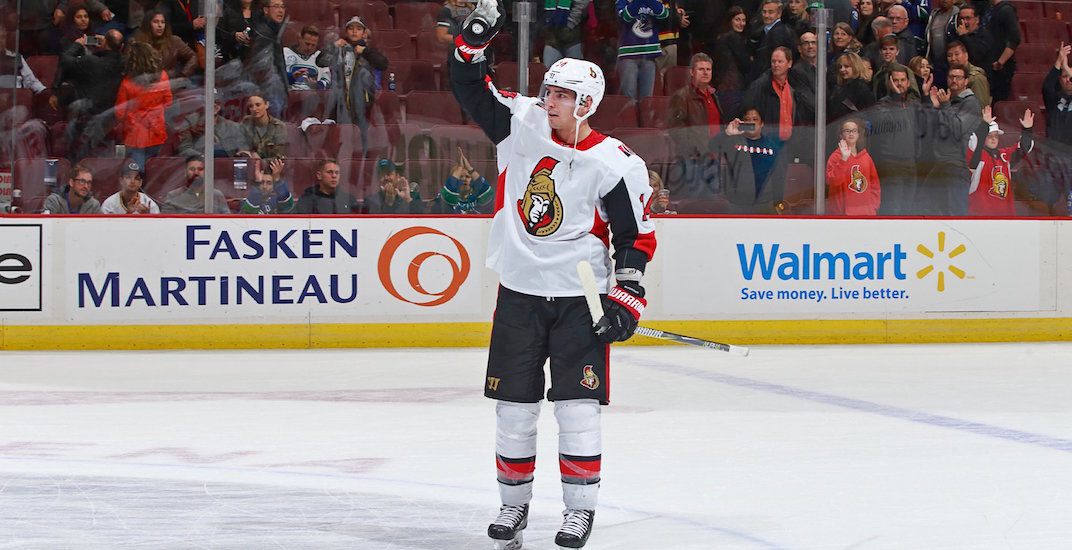 Maybe it’s because of his underdog story. Or his heavy involvement in the community. Or most likely, his contributions on the ice including his famous Game 7 goal against the Blackhawks that slayed the dragon.

Regardless, the love for the former Canuck was on full display on Tuesday night as Canucks fans gave him a two-minute standing ovation during the first TV timeout. Fans stood throughout the 75-second video tribute and then for nearly an additional minute afterwards.

Burrows was visibly overcome with emotion as he took a quick skate on the ice before continuing to wave at the fans from the bench.

The tribute to Burrows was part of an eventful night for the 36-year-old winger. On his first shift, he checked Troy Stecher through the open door on the Senators’ bench. Later in the frame, he was robbed by Jacob Markstrom in close after a Stecher giveaway. And Burrows was thwarted in the shootout by a Markstrom poke check.

Overall, Burrows finished with four shots on goal, two hits, and one takeaway in 15:45 minutes of ice time in the Ottawa 3-2 shootout win.

For his efforts, Burrows was named the second star. And in a very classy gesture, he took the ice and gave away two of his sticks.

“When they were clapping, it wasn’t stopping,” a relieved and grateful Burrows told reporters after the game. “Obviously they know that I loved playing in front of them for a number of years and they’ve always been behind me and behind my teammates. One of the best fanbases in the league.”