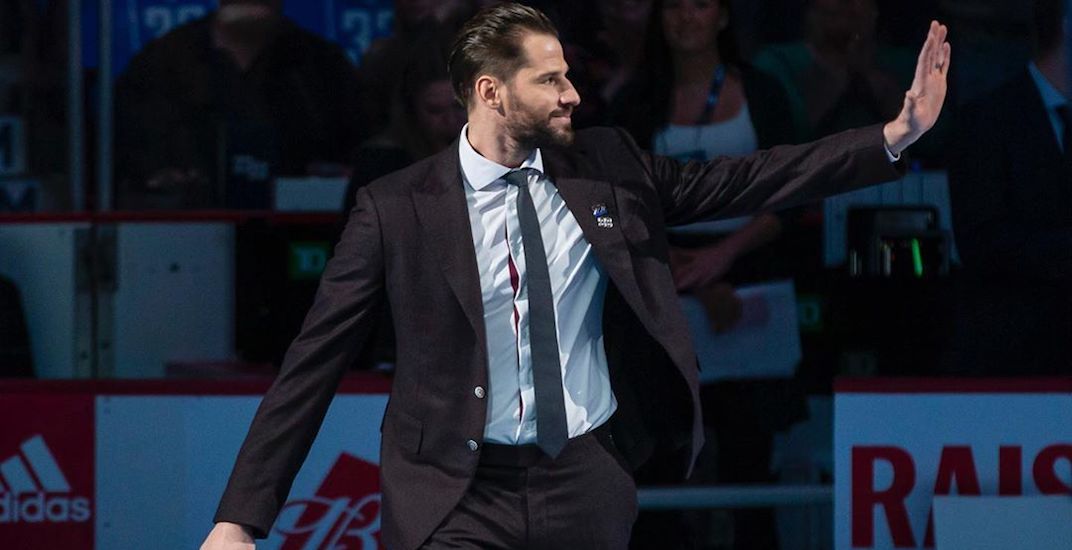 Less than a year ago, Ryan Kesler stepped onto the ice at Rogers Arena as a member of the Anaheim Ducks.

He was booed, as has been the case whenever he has visited Vancouver since forcing a trade out of town in 2014.

With his career likely over due to a serious hip injury, Kesler was able to return to the place he once called home, as one of Henrik and Daniel Sedin’s many guests on their big night.

On a night when many of the biggest names in franchise history were present, Kesler received one of the loudest ovations:

Kesler has spoken openly about his time with the Canucks in recent days, weeks, and months, which likely helped heal some wounds.

“I know it was a tough break up, but [Canucks fans will] always have a place in my heart,” he said recently on his new podcast.

Also helping was the Sedins going to bat for him.

“I think this city should look at [Kesler] as a very good player. He’s a good person. I think people that know him know he’s a good guy,” Daniel said this week.

“That’s all you got to think about.”

Kesler wasn’t sure how he was going to be received and was admittedly nervous heading into the night.

“It was amazing,” Kesler told reporters after the Sedins had their jerseys raised to the rafters. “To get that ovation not once, but twice, it gave me goosebumps.”

“I almost started tearing up. To be able to look around and have those fans standing up, cheering back like they used to, it was a pretty special feeling that I’ll never forget.”

"I was nervous before, but to get that ovation not once but twice, it gave me goosebumps. I almost started tearing up. It was a special feeling that I'll never forget." – Ryan Kesler pic.twitter.com/PjCrl4gW4z

Honored to be on the ice last night to witness such a monumental moment for two of the most deserving players, teammates and people. Congrats Daniel and Hank. Very humbled and appreciative of the warm reception.

The Sedins became the fifth and sixth players in Canucks history to have their jerseys officially retired, joining Stan Smyl, Trevor Linden, Pavel Bure, and Markus Naslund in the rafters at Rogers Arena.