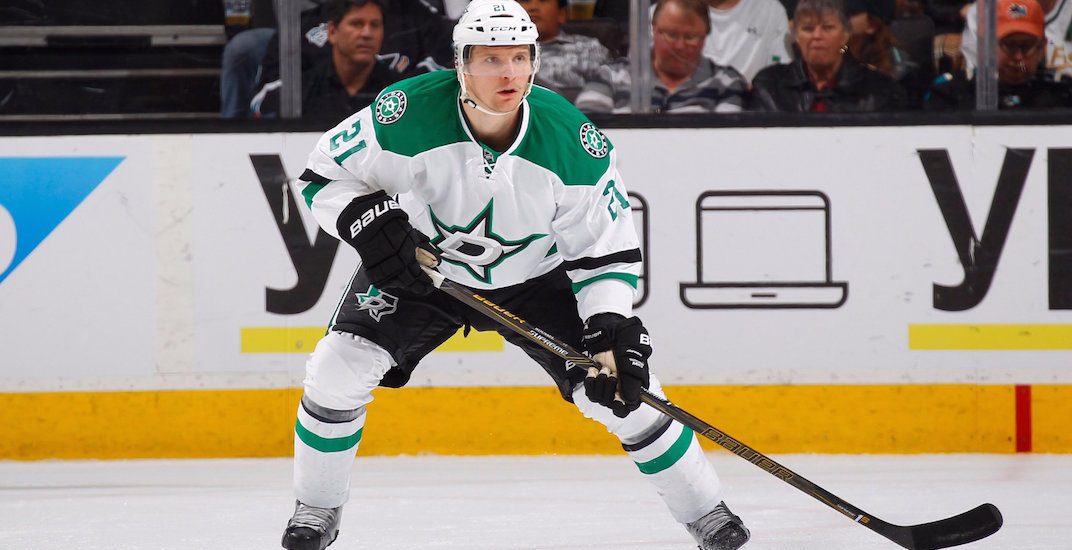 The rumours are flying fast and furious, as we inch closer to July 1 and the start of NHL free agency.

After being identified as the “frontrunner” to land Jay Beagle, the Canucks are also reportedly interested in signing Dallas Stars winger Antoine Roussel.

Couple other guys to keep an eye on: hearing COL with interest in Matt Calvert and VAN with Antoine Roussel

Without Derek Dorsett, who was forced to retire, the Canucks are in need of some toughness. The Canucks talked to tough guy Ryan Reaves for that reason, but appear to now be setting their sights on Roussel, who isn’t shy about dropping the gloves either.

Take one look at Roussel’s stats and you can see why he would catch the Canucks’ eye.

A noted agitator, Roussel received six fighting majors last season, which is actually his lowest total since he entered the NHL in 2012-13.

The native of Roubaix, France always ranks near the top of the league in penalty minutes, despite being relatively undersized (5-foot-11, 195 pounds), which makes him a good candidate to replace what Dorsett brought to the table.

The 28-year-old would fill a need for the Canucks, with regards to his toughness, but also his ability to kill penalties. He can also add offence, though he is coming off his least productive season statistically.

So Roussel makes sense for the Canucks, but as with every available free agent, the question is: at what price?

I’m hearing Roussel with #Canucks could be a 4 year deal worth just a tad over 3 million dollars per season.

A four-year deal for Roussel seems high. Given Roussel’s size and his style of play, there’s reason to be concerned about how his body deals with the wear and tear of the NHL. He can play like this in his 20s, but can he keep it up as he gets into his 30s? He’ll be 32 at the end of a four-year deal.

The other concern is with regards to the Canucks’ trajectory. This team is going to be bad next year, and they’re not likely to be very good the year after that. But in three or four years, the Canucks should be pushing for a playoff spot.

Teams can talk to unrestricted free agents this week, but contracts can’t be signed until Canada Day. Expect a flurry of deals to be announced early on Sunday.