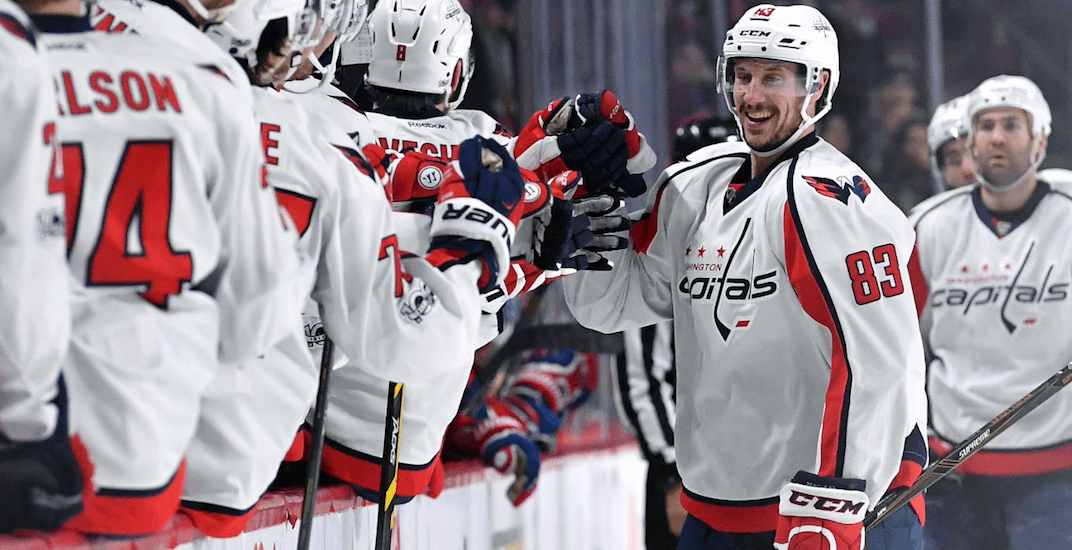 The Vancouver Canucks may have won the Jay Beagle sweepstakes!

TSN’s Bob McKenzie is reporting that the Canucks are the frontrunner to land the soon-to-be free agent centre, likely on a multi-year deal.

Multiple teams in on Jay Beagle but looks like VAN is front runner to land the UFA centre who is expected to leave WSH for a multi-year deal on July 1.

Teams are permitted to speak with free agents around the league this week, but must wait until July 1 to officially put pen to paper. Beagle made $1.75 million last season.

Further to @TSNBobMcKenzie report that the #Canucks are frontrunners to land Jay Beagle.

Sources tell me that Beagle contract could look like 3 years and 2.5 million dollars per year.

The Canucks, who have cap space available to them, are not expected to swing for the fences on a big name free agent this summer. They do have a need for a centre though, which is where Beagle comes in.

Beagle, who led all Capitals forwards in ice time on the penalty kill last season (2:31 per game), would help the Canucks’ 21st-ranked PK. He would also help the Canucks in the faceoff department, given that his 58.5 faceoff percentage was fifth-best in the NHL.

What should concern you about Beagle, who turns 33 in October, are his underlying numbers.

With a putrid 39.15 Corsi-For percentage, not only did Beagle have the worst Corsi on his team, he had the lowest CF% in the NHL, among skaters that played in 50+ games last season.