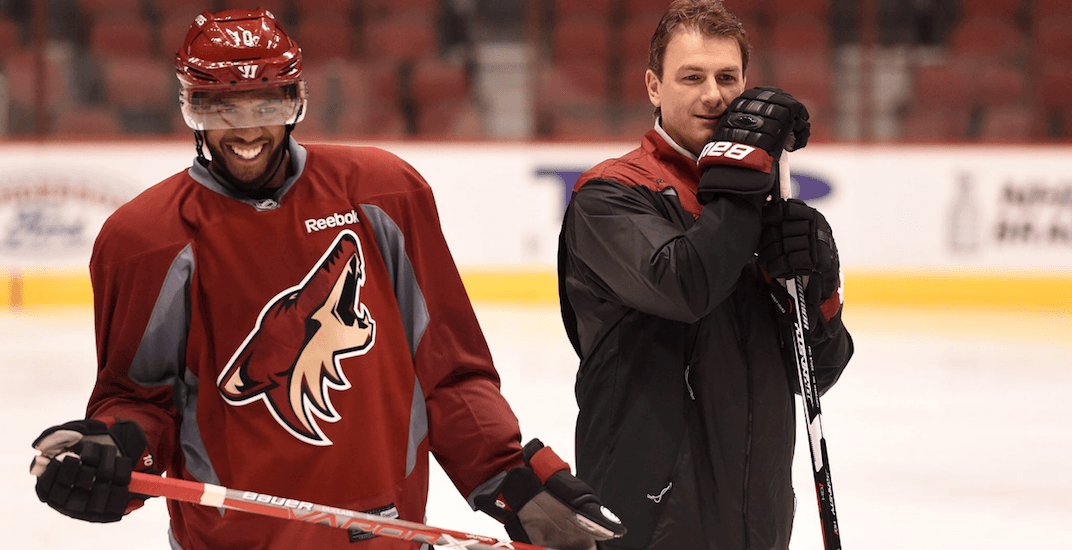 With days to go before NHL free agency opens on July 1, some intriguing names have been added to the UFA list.

For that reason, the list of RFAs that become UFAs is largely underwhelming, with the likes of Cole Cassels Anton Cederholm, Griffen Molino, and Mackenze Stewart being let go by the Canucks this week.

But every now and then, a player with some promise is made available.

Derrick Pouliot was one of the few intriguing names around the league not given a qualifying offer, though he was promptly re-signed by the Canucks.

Other players not given a qualifying offer include former Canucks Frank Corrado and Jordan Subban.

While the Canucks are talking to a few NHL veterans in their late 20s and early 30s, they should be looking at some of the new UFAs because they’re young – and probably cheap as well.

Let’s take a look into the bargain bin – a place where the Canucks can find relatively inexpensive players, with youth and upside.

It wasn’t long ago that Anthony Duclair was a 20-year-old rookie, starring for the Arizona Coyotes. A 20-goal, 44-point first-year season served notice he was a star in the making.

Duclair had just 15 points in 58 games the following year, and saw time in the AHL.

Anthony Duclair (not qualified by Chicago, is now UFA) is a real good young forward. pic.twitter.com/99F1R9WW47

If Duclair can realize his potential, someone’s going to get him for a bargain price.

Tobias Rieder is often listed as a centre, but has primarily played on the wing during his NHL career.

He posted back-to-back 34+ point seasons with the Coyotes before being traded midway through last season. The German forward has got speed, skill and upside, which is likely why the Canucks have already called his agent.

Daniel Carr can put up points.

Daniel Carr (among others) wasn't tendered a qualifying offer. Have always been bewildered by the team not using him when he's always been productive.

He has shown promise in his short stint in the NHL as well, scoring 34 points in 94 games. Only Brendan Gallagher finished with more points per 60 minutes with the Canadiens last season.

Dylan DeMelo didn’t play a lot for the Sharks last season, getting into 63 games and averaging 14:12 of ice time. It was the first full season in the NHL for the 6-foot-1 defenceman, who compiled an impressive point total.

Scoring 20 points, all assists, DeMelo ranked third among San Jose blueliners in points per 60 minutes. That’s extra impressive, considering that he was used only sparingly on the power play.

The Hockey News lists his point shot and physicality as assets, which are good assets to have.