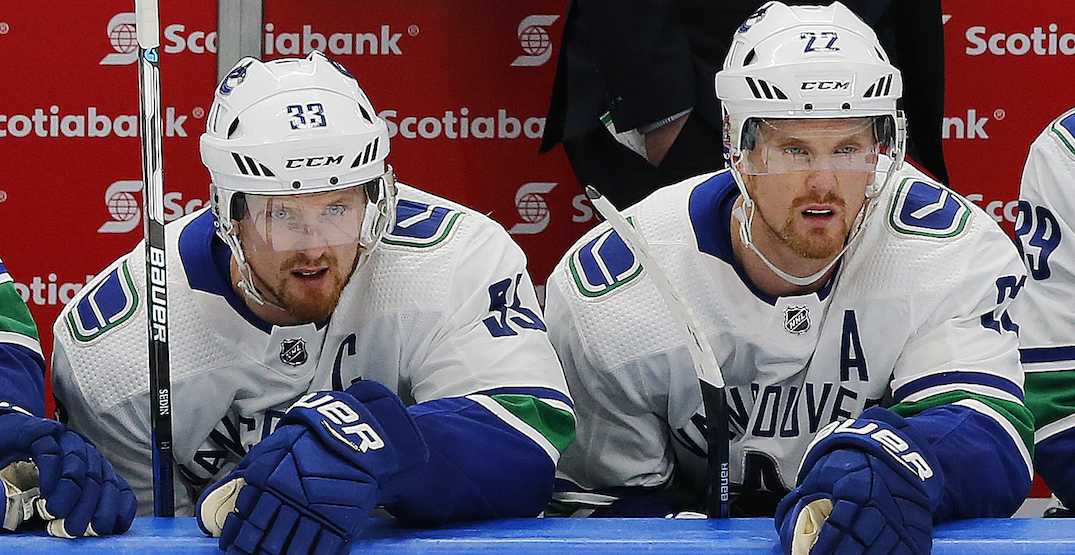 After weeks of speculation, Henrik and Daniel Sedin have officially joined the Vancouver Canucks’ front office. The Sedins have been hired as “Special Advisors to the General Manager,” the team announced.

“Henrik and Daniel’s hockey intellect and experience is exceptional,” said Canucks GM Jim Benning. “We’ve had an open line of communication since they retired as players. They are students of the game, eager to learn, who will make valuable contributions and strengthen our staff. We are very pleased to add their knowledge and passion for the game and have them begin the next stage of their careers with us.”

The Sedins will “complement” hockey operations staff, the Canucks said in a media release, supporting Benning, as well as assistant general managers John Weisbrod and Chris Gear in decision-making and organizational strategy.

It appears the organization is grooming Henrik and Daniel for a larger role in the future, saying that they’ll “learn and support all areas of the team’s hockey operations,” including player evaluation, development, and communication from the amateur level to the NHL.

“They will work collaboratively with Abbotsford’s AHL staff and coaches, participate in amateur and pro scouting meetings and participate in planning for the draft, free agency and trade deadline,” the team explained in a media release.

“We are grateful and humbled by the opportunity to contribute to the team we care so much about,” said Henrik. “The province and the fans care deeply about this team. As we’ve said, being part of the Canucks family has been the best time in our lives. It is an honour to be back, and we will do everything we can to learn and contribute to the success of this team.”

“When we retired, we always thought we’d like to be involved in the business side of hockey one day,” added Daniel. “There’s a lot to learn, but we are excited and ready for the opportunity. This team has some of the best young players in the NHL and we want to do everything we can to support the group and achieve our goals.”

The Sedins retired in 2018 as the franchise’s all-time leading scorers. Their numbers have been retired by the Canucks since February 12, 2020.