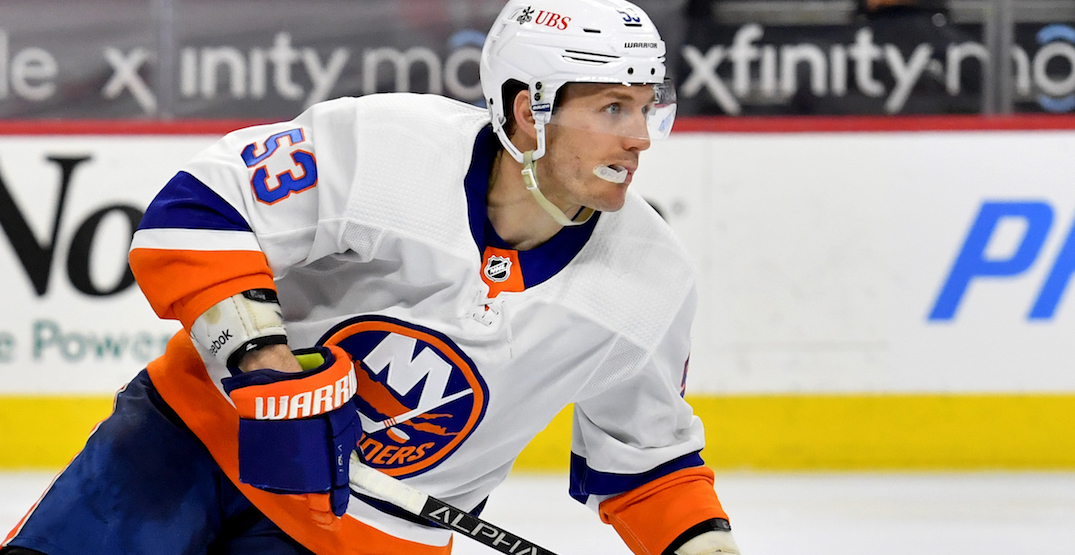 One of the biggest issues plaguing the Vancouver Canucks over the past couple of seasons has been their inability to find a suitable third-line centre.

Brandon Sutter was an offensive black hole for whoever played with him, while Adam Gaudette wasn’t good enough defensively to earn the trust of head coach Travis Green. Gaudette was traded last season, and while Sutter could still return ahead of free agency, it’s likely as a fourth-liner at this stage of his career.

Their precarious salary cap situation won’t leave the Canucks with many options this offseason — so they’re likely not in a position to sign players like Ryan Nugent-Hopkins or Phillip Danault. But they should prioritize finding a reliable third-line centre, one that can contribute at both ends of the rink, win faceoffs, and kill penalties.

With Vasily Podkolzin ready to join the team next season, the Canucks could put together an effective third line if they add the right centre.

Here’s a look at five pending unrestricted free agent centres that could fit the bill at a reasonable cap number.

The Canucks need to get better defensively, so why not add a player from one of the stingiest teams in the league?

The New York Islanders were the sixth-best penalty-killing team in the NHL this season, and Cizikas was one of the players they leaned on the most while shorthanded. The Toronto native played 13:50 per game, with 1:43 of that killing penalties.

Cizikas also gives the Canucks another stud in the faceoff circle, as the left-shot centre won 53.2% of the draws he took last season — the 24th-best percentage in the NHL (minimum 500 faceoffs taken).

After being bought out by the Columbus Blue Jackets in October, Alexander Wennberg was one of the biggest steals of free agency last year, as the Florida Panthers got him on a one-year contract worth $2.25 million. Wennberg rewarded Florida by scoring 17 goals in 56 games, while averaging 18:10 of ice time, playing in all situations.

He’s only 26 years old, too, which should make him attractive for a few teams this summer. He’d fit well in Vancouver. The only questions are if the big Swede would accept a third-line role and if the Canucks have enough money available to sign him.

An expansion draft acquisition in 2017, Tomas Nosek has proven to be a nice depth forward for the Vegas Golden Knights. The Czech centre averaged 13 minutes of ice time per game last season, playing 1:21 per game on the penalty kill. He’s also good in the faceoff dot, winning 51.7% of his draws.

Nosek is only 28, and Canucks GM Jim Benning will love his size at 6-foot-2, 205 pounds. Perhaps he is ready to be relied upon more with a Canucks team that doesn’t boast the same sort of forward depth as the Golden Knights.

Sean Kuraly is another player that could add size up the middle. The 6-foot-2, 213-pound centre averaged 14:04 last season with a very good Boston Bruins team, including 1:53 on the PK. Kuraly’s 57.4 faceoff winning percentage was one of the best in the league.

Erik Haula may never duplicate his 29-goal, 55-point season he had with Vegas three years ago, but he’s still an effective player.