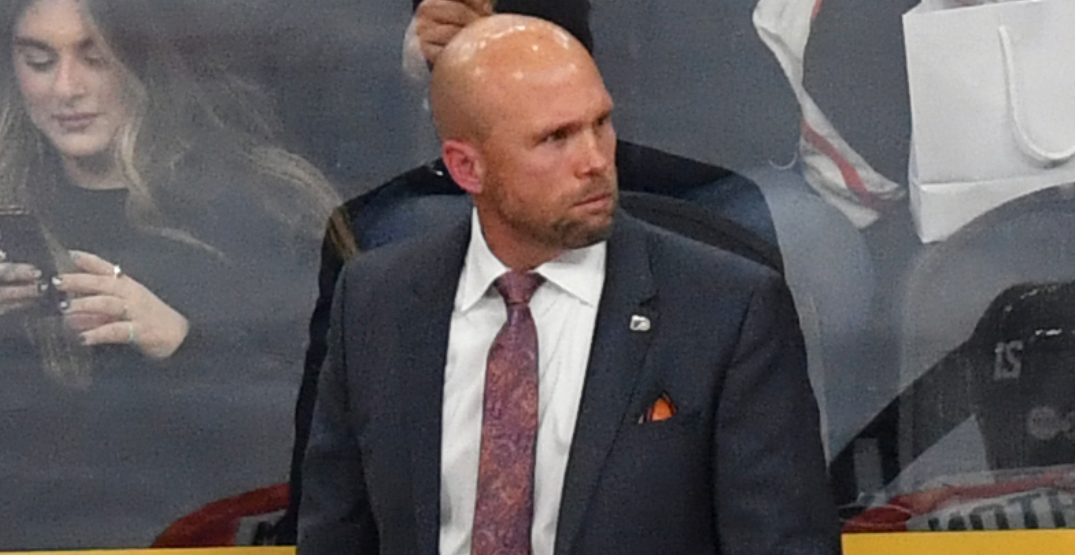 The Vancouver Canucks coaching carousel appears to be complete.

The Canucks also announced that Jeremy Colliton has been hired to coach in Abbotsford, and that Brad Shaw is leaving the organization to take an associate coach position with the Philadelphia Flyers.

“I am so excited to help bring this group of coaches together,” Boudreau said in a statement on the team’s website. “When I started the conversations with Mike Yeo, it became clear to me that he would be an excellent addition. Working with Patrik (Allvin) to create a well-rounded staff was very important for us as we look to continue to build upon the momentum we experienced last season.”

Jeremy Colliton will take over as Head Coach of the Abbotsford Canucks, while Brad Shaw will be leaving the organization.

Yeo served as interim head coach of the Flyers for a part of 2021-22, and has also spent time as skipper of the Minnesota Wild and St. Louis Blues. In all, the 48-year-old has a 263-217-62 record through 542 games as head coach. He also served as an assistant with the Pittsburgh Penguins, winning the Stanley Cup in 2009.

Cull has previously spent five years in the Canucks organization. He led Abbotsford to a 39-23-5-1 record and an appearance in the Calder Cup Playoffs in 2021-22.

“We’re pleased to have solidified our coaching staff for next season with the promotion of Trent Cull and the additions of Mike Yeo and Jeremy Colliton,” Canucks general manager Allvin said. “These individuals bring a lot of hockey experience and knowledge to the group. We would like to thank Brad Shaw for his contributions to the club and wish him the best of luck in Philadelphia.”

Colliton most recently coached the Chicago Blackhawks for parts of four seasons. The Blackhawks had a record of 87-92-26 under Colliton.

“Trent Cull did an excellent job for us at the AHL level, and I am so happy to see him get this much deserved promotion,” said Ryan Johnson, general manager of the Abbotsford Canucks.

“Bringing in Jeremy Colliton to build on the things we have started in Abbotsford is a huge win for the organization. Jeremy has a great head for the game, and I look forward to working with him this coming season,” he added.

The hirings complete the coaching staffs for both Vancouver and Abbotsford next season: