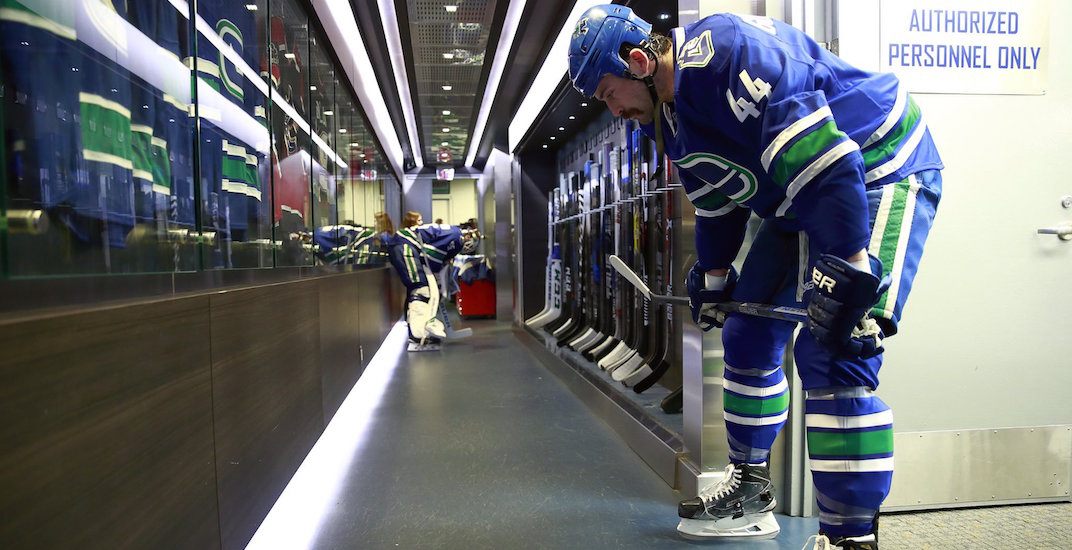 The Vancouver Canucks will be down yet another man for the rest of the season.

The team announced that Erik Gudbranson will be shut down for the rest of the season as he undergoes shoulder surgery.

The Canucks will also without Chris Tanev, Brock Boeser, Sven Baertschi, Loui Eriksson, Markus Granlund, and Brendan Gaunce for tonight’s game in Anaheim. Add in Derek Dorsett’s career-ending injury and the Canucks will be without eight regulars in their lineup.

“I’m starting to lose count on how many guys are out of the lineup now,” said head coach Travis Green. “Guddy’s been playing through it for a long part of the season.”

Gudbranson first injured his shoulder on November 22nd, causing him to miss 12 games. It appears he’s been playing at less than 100% since then, which is causing fans to ask questions.

The optimists out there are wondering if we haven’t yet seen the best of Gudbranson yet. He’s been seemingly banged up since Day 1, so there’s some validity to that sentiment.

The other thing this injury does is call into question Gudbranson’s durability. Still just 26 years old, he has never been able to play a full season in the league. He appeared in 52 games this year and just 30 the season prior.

Gudbranson is fifth among Canucks blueliners in average ice time (18:25) and last in Corsi-For percentage (43.68%).

The Canucks knew about his injury but still chose to sign him to a three-year extension, giving more reason for fans to criticize the contract. If he makes a full recovery, maybe that won’t matter. But if the rehab causes him to miss too much of his summer training routine, he could be behind the eight-ball in training camp next season.

Certainly, if Gudbranson’s shoulder needs surgery, it’s best to get it done as soon as possible. With just over three weeks remaining in the regular season, there’s nothing left to play for, given the Canucks currently sit 29th out of 31 teams.