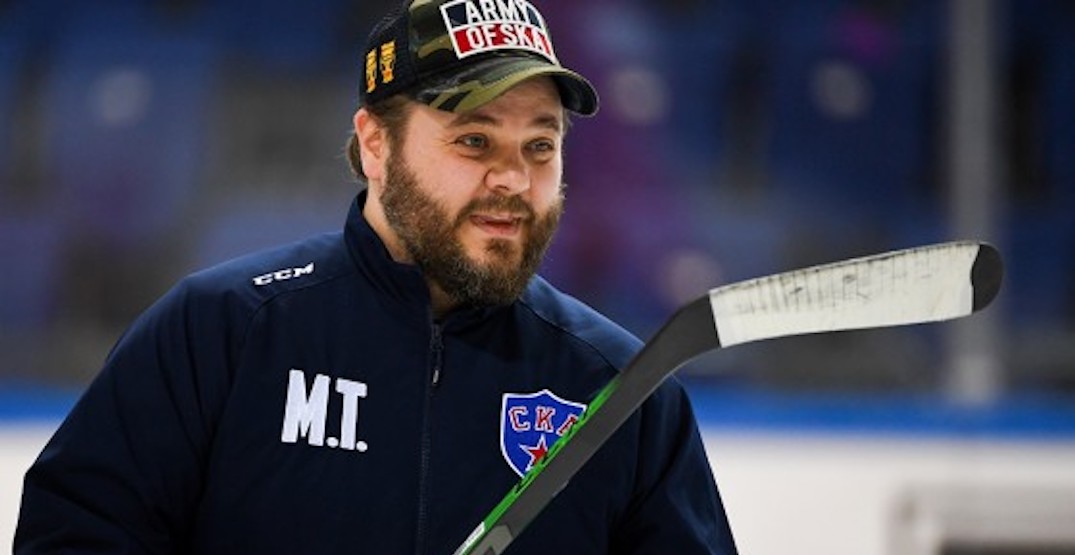 Before Igor Shesterkin became a star in the NHL, he worked with Marko Torenius.

That’s an impressive thing to put on your resume and it likely helped the 45-year-old Finnish goalie coach land a job with the Vancouver Canucks organization today.

Torenius is on his way to BC, being named goaltending development coach and goaltending coach of the Abbotsford Canucks. He replaces Curtis Sanford, who left the Canucks for a job with the Toronto Maple Leafs.

“We are very happy with the staff that has been assembled for the upcoming season,” said Vancouver Canucks GM Patrik Allvin. “Ian Clark and Marko Torenius will be a great tandem in strengthening and developing our goaltending pool.”

“Marko brings a wealth of experience to our group,” added Abbotsford Canucks GM Ryan Johnson. “He has worked with and developed some of the best goaltenders in the world, and we are ecstatic that he is bringing his talents to the Canucks organization.”

Torenius comes to the Canucks from the KHL, where he worked as a goaltending coach for the past decade, including five seasons coaching Shesterkin — who went on to win the Vezina Trophy and was a Hart Trophy finalist this past season.

“He had raw talent and he has come a long way… he has done a lot of work,” Torenius said in an interview with Kevin Woodley on the InGoal Radio Podcast. “As a coach, it gives you new perspective and new things to your eye, how to look [for] things.”

Torenius also told Woodley that he had a prior relationship with Clark.

In his 20+ years of coaching in Finland and Russia, Torenius has worked with goalies such as Mikko Koskinen, Yaroslav Askarov, Pyotr Kochetkov, Ville Husso, Jonas Korpisalo, and Kevin Lankinen.

Goaltenders Marko Torenius (@toreblu) has worked with during his time as a goalie coach:

It remains to be seen who Torenius will be working within Abbotsford next season. Spencer Martin is expected to back up Thatcher Demko in Vancouver, leaving three goalies fighting for two AHL spots: Arturs Silovs, Collin Delia, and Michael DiPietro. DiPietro is on the trade block though, with his agent being given permission to facilitate a deal.

The Canucks also announced a number of additions to the team’s human performance staff today.

The hirings come less than three months after multiple long-time staff members didn’t have their contracts renewed, including Roger Takahashi, the team’s former director of strength and conditioning, who had been with the Canucks since 2003. Jon Sanderson, previously the Canucks’ director of medical services and head athletic therapist, was also not brought back, after 22 years with the organization.