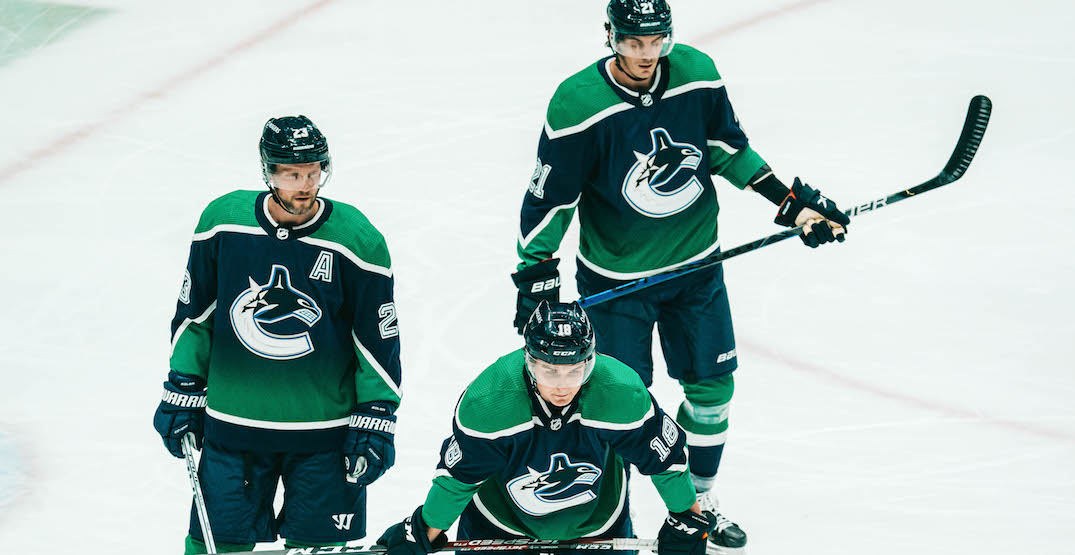 It sounded like a good idea at the time.

Wearing their brand new reverse retro jerseys for the first time, the Vancouver Canucks had a fun promotion lined up for their fans on social media.

After every goal they score, the Canucks would give away a new jersey to a lucky fan. Seems harmless enough, right? They were coming off a five-goal game in Calgary, after all.

Well, don’t count your chickens before they hatch.

The Canucks ran this promotion before the first of four games during their reverse retro homestand, on Friday, February 19, against the Winnipeg Jets.

Just one problem: they didn’t score.

Contest is now closed. We didn’t score any goals tonight but @TD_Canada still wanted to give jerseys to 3 lucky fans. Congrats @ky_kyleigh, @lo__b, & @stephmilne_, you’ve each scored a #ReverseRetro jersey!

“We didn’t score any goals tonight.”

The Jets shut out the Canucks 2-0, but the team gave away three jerseys anyway.

The Canucks did manage to score three goals in each of the next two games (albeit in losses), but they didn’t run the free jersey promotion.

That was, until Thursday night.

In their final game wearing the green and navy gradient jerseys, the Canucks decided to test their luck again.

What could go wrong?

Wouldn’t you know it, it happened again. This time it was the Edmonton Oilers shutting out the Canucks, 3-0. The Canucks gave away six jerseys anyway, which was quite generous.

I’m not sure if you believe in jinxes, but you might when you see just how close the Canucks came to scoring.

It’s been that kind of season, hasn’t it?