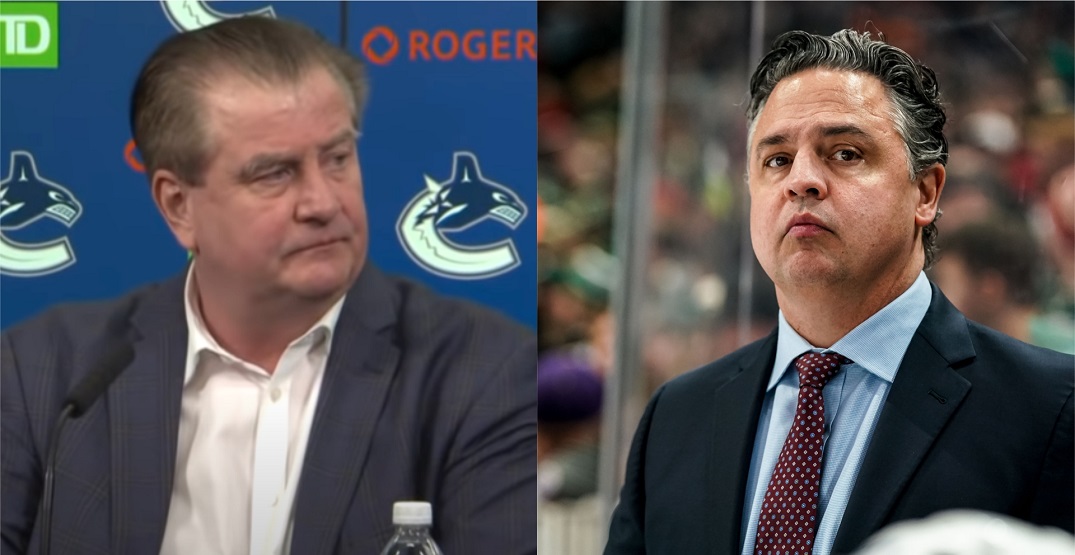 December 5, 2021, will go down in history as one of the most memorable days in Vancouver Canucks history.

First, reports dropped that Travis Green was out as Canucks coach, to be replaced by Bruce Boudreau. Hours later, reports surfaced that general manager Jim Benning was gone as well, all before the news of their departures were made official by the organization.

The news of either being let go by the Canucks wasn’t overly surprising, as rumours of organizational overhaul had been percolating for weeks.

With the team sitting at eighth place in the Pacific Division with an 8-15-2 record, two major changes were made on Sunday within the span of a couple of hours.

On the Benning front, it was mostly a sense of relief for fans.

After over seven seasons on the job, Benning was never able to turn the team into a consistent Stanley Cup, or even playoff, qualifying team like he sought out to do.

Fans had a lot to say (or drink) about Benning being let go.

end of an error https://t.co/HgMQdvYkJY

Sweet mother of pearl. It’s finally over. We did it #canucks nation. The worst GM in franchise history is gone. Don’t know what’s in store next but with Francesco running things it’s still very scary. For now, the clouds lighten ever so slightly. Still not renewing my tickets. https://t.co/uCvWE3Icn9

Travis Green’s departure was a little mixed. Most fans seemed to hold the sentiment that while the move of his firing made sense, the quality of rosters Benning had given him weren’t exactly something many NHL coaches could turn into a contender.

All jokes aside, I really do appreciate what Travis Green has done these past 4 years. He did a great job rebuilding this team. We could all agree Jim Benning hasn’t given him the best rosters to work with but he’s found ways to make it work. #canucks

Fans were also curious about how Green received the news, as the first report named Green’s replacement in Boudreau before it was official that he’d been let go.

What are the bets that Travis Green found out he was fired through social media? #canucks

As much as a move needed to me made I do really feel for Travis Green. As a local guy this is obviously not the ending he would have wanted. I believe he will be a very good NHL head coach, but like a lot of coaches you need to go through failure to ultimately succeed. #Canucks

Some fans are wondering if Green has another NHL coaching opportunity lined up.

With news of former Vancouver coach Alain Vigneault being fired from Philadelphia on Monday morning, Green’s first potential job opening in the NHL is lined up.

But while the team has a new outlook at the top, one thing is clear: they’re still a ways away from contention.

"canucks are replacing travis green" "canucks reportedly letting go of jim benning" please release Me. free me from this team

The Canucks continue their schedule in the first game of the post-Benning/Green era tonight against the Los Angeles Kings, with puck drop set for 7 pm.