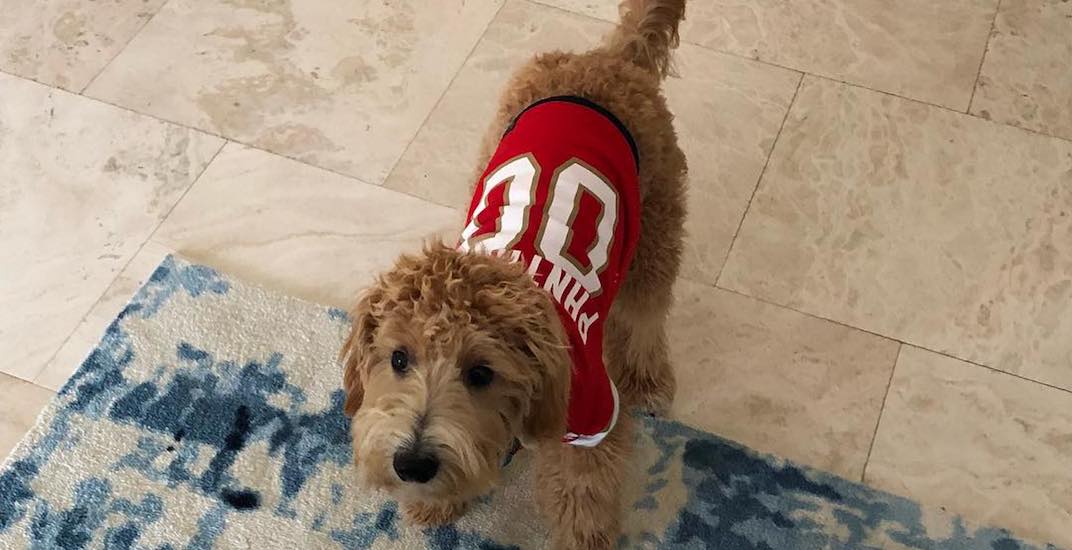 What did the dog do to deserve this?

After body-slamming Elias Pettersson to the ice, Mike Matheson became public enemy No. 1 among Canucks fans.

Suspended two games for concussing the Canucks’ prized 19-year-old rookie, Matheson spoke to the media for the first time since receiving supplemental discipline.

Matheson, who doesn’t have a reputation as a dirty player, has never been suspended before. He expressed remorse about the incident, and said he reached out to Pettersson to make sure he was ok.

“The first thing I thought of after the game was if [Pettersson] was ok. That was my main concern and it still is,” Matheson told reporters. “I reached out to him to see how he was doing and it sounds like he’s doing a lot better in the last few days.”

“As a player, you never go around trying to injure people.”

If you’re familiar with social media, it won’t surprise you to hear that Matheson got a lot of heat from Canucks fans. Canucks Nation can be a passionate bunch, plus they’re very social media savvy.

There was the usual distasteful stuff, though it sounds like a few fans crossed way over the line. Matheson says he even received death threats.

“There are thousands of people commenting things on my social-media pages — sending me death threats, wishing I would commit suicide or get cancer — that’s bringing things to a whole new level,” Matheson told The Athletic. “People have even threatened my dog.”

Matheson’s second-most recent Instagram post featured his dog wearing a Florida Panthers jersey. Check out the comments and see if you can tell the moment when Canucks fans got ahold of it: 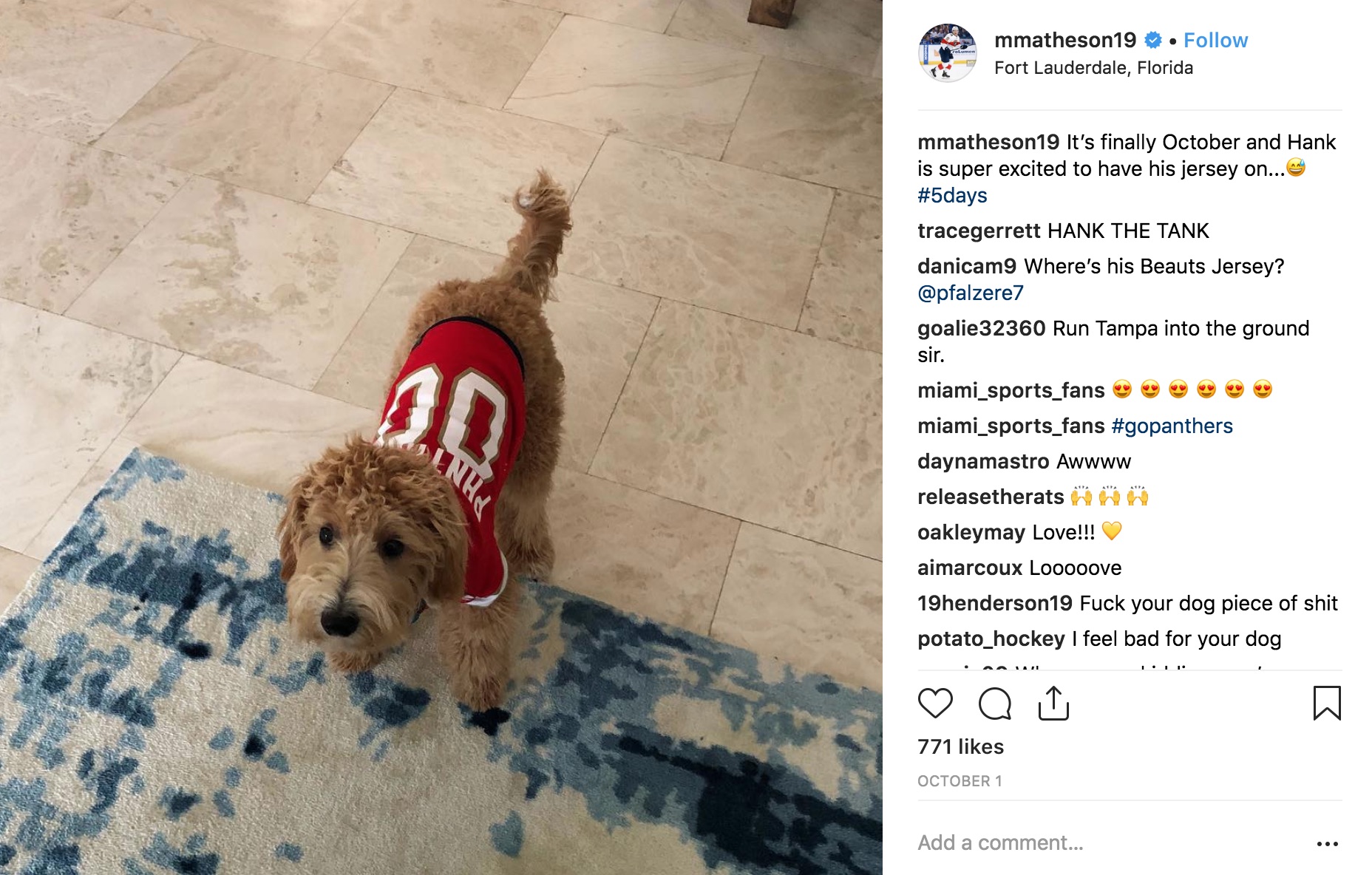 “Who are you kidding, you’re definitely a cat person,” wrote one commenter (with some expletives we left out).

“Your dog is ugly,” wrote another.

“You don’t deserve this animal, you monster!”

There were some sane people that chimed in, sticking up for poor Hank:

“Imma be real here, stop hating on his dog.”

“The dog didn’t do anything.”

“I disagree with what he did but damn you guys are crazy. His dog is adorable.”

“Leave his dog out of this… His dog surely didn’t pick the owner in this one. This just shows how much the Canucks fan-base cares about our young players. I just wish our veterans cared a bit more…”

“And I thought Leafs fans were bad.”