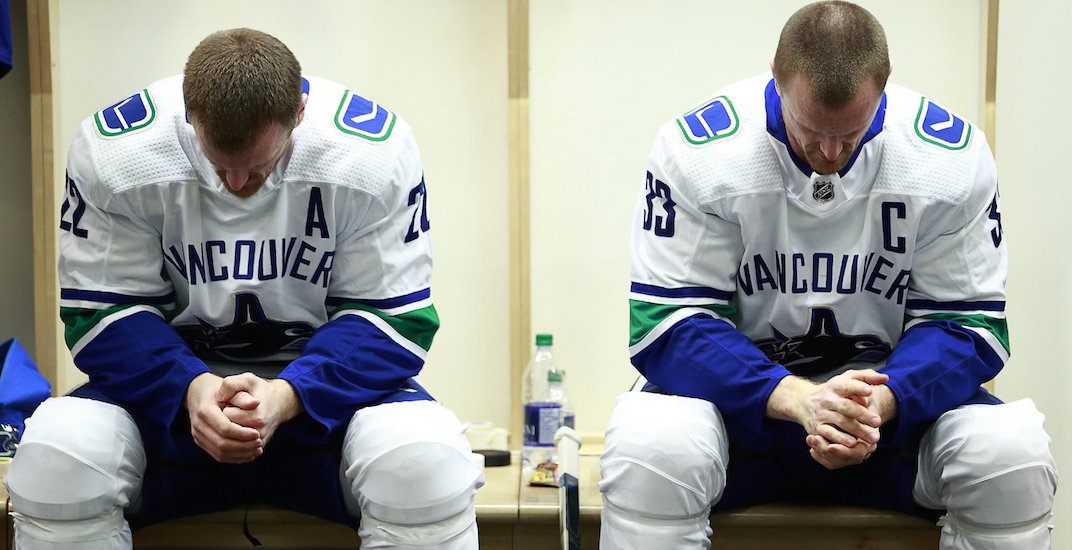 It’s all over. Officially.

With a 3-0 loss to the Anaheim Ducks on Wednesday, the Vancouver Canucks became the first team in the National Hockey League to be mathematically eliminated from the Stanley Cup playoffs in 2018.

The Canucks were shut out for a third consecutive game, bringing their goalless streak to 212:09. Vancouver has now lost five games in a row, and eight of their last nine games.

So yeah, it’s not going very well for the Canucks these days. They’re sinking fast in the overall standings this year, and have the worst cumulative record over the past three seasons.

Vancouver is third-last in the league this season, two points ahead of Arizona and three ahead of Buffalo. Both the Coyotes and Sabres have two games in hand over the Canucks, who have just 11 games left on their schedule.