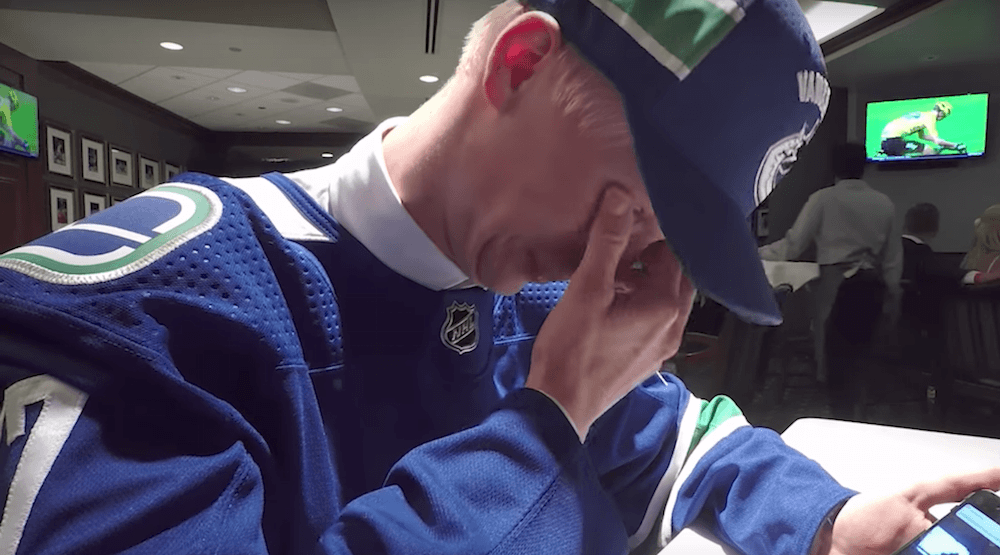 For young hockey players, getting drafted into the NHL is the culmination of years of hard work and dedication. It’s a proud moment not only for the player, but his family and friends as well.

Undoubtedly this was the case for Emil Pettersson, whose younger brother Elias was selected fifth overall by the Vancouver Canucks in the NHL Draft on Friday.

Here’s Emil and friends watching Elias get his name called on television back in Sweden at about 1:30 am local time.

Elias was shown the video by Canucks reporter Derek Jory shortly after putting on a Canucks jersey for the first time. Canucks TV captured his reaction.

“I didn’t know he liked me that much,” Elias, who has a wry sense of humour, said.

Elias could have had a similar celebration for Emil back in 2013, when he was drafted in the sixth round by the Nashville Predators.

“I love my brother,” Elias said. “I wish him all the best and he wishes me all the best.”