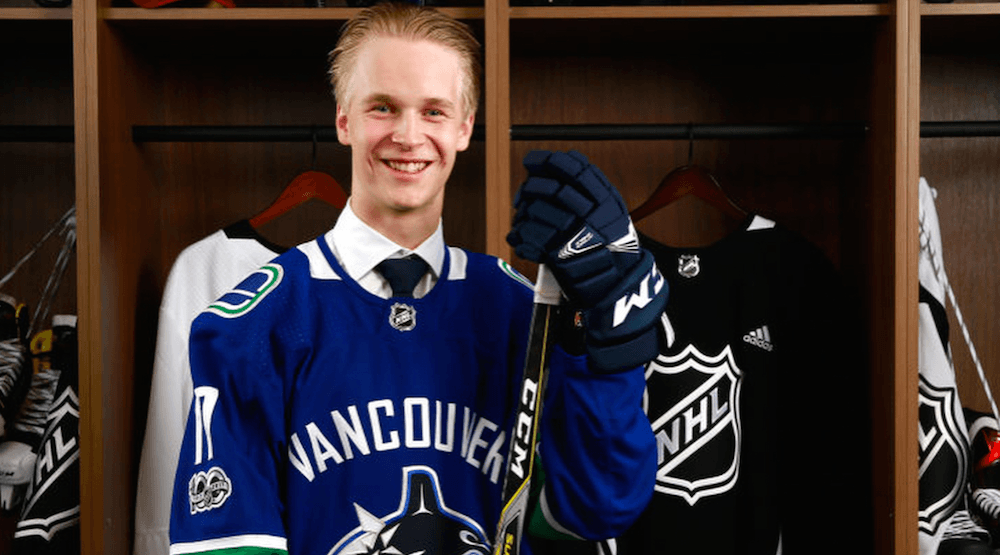 With Henrik and Daniel Sedin getting up in age and heading into the last year of their contracts, the Vancouver Canucks just may have found a Swedish succession plan.

There’s still an awfully long way to go for both players, but Elias Pettersson and Jonathan Dahlen – teammates at Timra IK the past two seasons – appear to have the makings of a future first line.

Pettersson, who was picked fifth overall by the Canucks in the NHL Draft on Friday, joins his linemate and “best friend” in Dahlen, who was acquired in the Alex Burrows trade in February.

“(Pettersson) is a guy that we identified early on,” Canucks GM Jim Benning said. “The way he thinks the game, his skill, his vision of the ice, the release on his shot, he’s the type of player that makes other players around him better.”

One of those players, is Dahlen.

“There’s a relationship playing with (Jonathan) Dahlen. There’s good chemistry between the two players. We’re hoping going forward they could be one of two real good lines for us.”

A year older than Pettersson, Dahlen finished third in league scoring in the second division pro league in Sweden.

“They can read off each other,” Benning added. “Pettersson could find where Dahlen was. Dahlen is good in the corners and in front of the net. Pettersson had the vision to know where he was at, and to find him and set him up for scoring chances. Pettersson is the type of player that makes players he plays with better.”

“We feel real strongly that they could be a real good line for us.”

With Bo Horvat in the fold, Vancouver could have an effective one-two punch down the middle for years to come.

Vancouver will make their remaining six selections on Saturday when rounds 2 through 7 take place at the United Center.