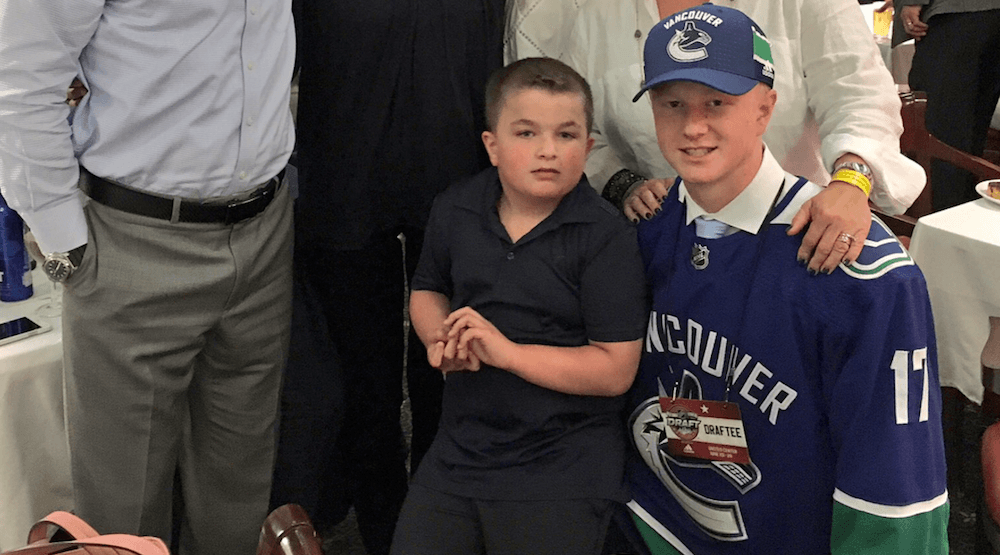 The Vancouver Canucks completed one of their most impressive drafts in recent memory on Saturday. They selected four players in the first 64 picks of the draft for the first time in 20 years, which should set themselves up well for the future. But it was their fifth selection they made that has the most interesting backstory.

The Canucks selected Jack Rathbone, an undersized high school defenceman from Massachusetts in the fourth round (95th overall). Rathbone plays hockey for Dexter School, one of the top prep schools in New England.

The native of West Roxbury, Massachusetts is an offensive defenceman, and if all goes well, he could run the Canucks’ power play in the future.

“I am an offensive, puck-moving defenceman,” the youngster, who models his game after Kris Letang and Duncan Keith, said. “I love to jump into the play and make plays offensively, create offence while trying not to be a liability in your own zone.”

Given that he was taken in the fourth round, there will be some challenges though. He’s only 5-foot-10, which is small for an NHL defenceman. He’ll need to overcome that to make it in the NHL.

“Jack Rathbone is a smaller guy, excellent skater, plays with a lot of energy, gets up in the play,” said Canucks director of amateur scouting Judd Brackett. “A good puck mover, heavy shot from the point with some power play ability. We were really excited there.”

Great, so he’s a reasonable pick to make early in the fourth round. But why did Elliotte Friedman take the time to talk to him?

“I ultimately made the decision to finish my senior year next year at Dexter,” Rathbone told reporters in Chicago. “That was a family decision and also a decision with my coaches.”

Yes, instead of following conventional wisdom and moving on to a higher level of play in a better league, Rathbone is going to continue playing high school hockey next season.

It’s a peculiar decision until you understand the 18-year-old’s backstory. 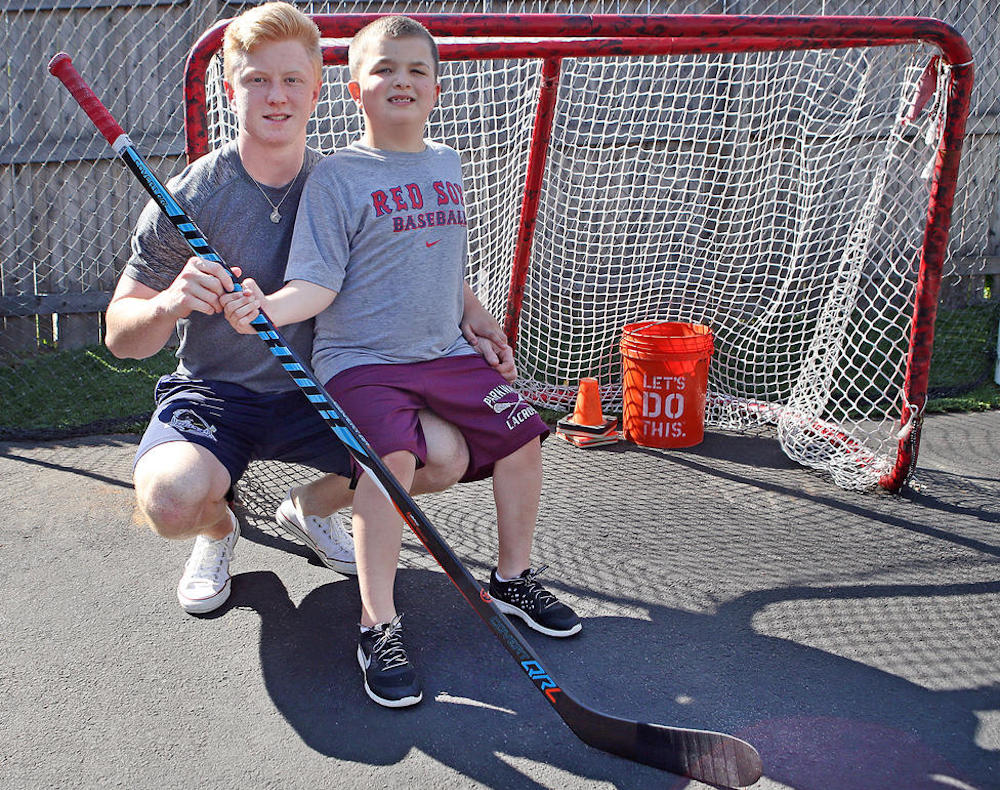 Most players in Rathbone’s situation would move on to play in the USHL, then jump to the NCAA. But not Rathbone.

Rathbone is choosing to stay at Dexter next season primarily because he wants to help his eight-year-old brother Teddy, who has autism (you can read the full story in the Boston Herald).

Teddy is 8 years old, making good strides with his speech therapy and flourishing in an integrated classroom at the Joyce Kilmer School. For that reason, Jack would prefer to stick around for a while.

“He’s a big piece of my life, and I’m going to be honest, it would be tough to leave him for seven months out of the year at this stage,” Jack told the Boston Herald prior to being drafted by the Canucks. “He’s probably my best friend. So being able to stay home, being able to complete my four years at Dexter – they took a financial risk on me and my sister, we wouldn’t be able to afford an education there – being able to finish my four years and getting my diploma, that means a lot to me and my family.”

There’s a reason why most players in Jack’s situation move on to junior leagues. He’s taking a chance with his development. As much as the defenceman is devoted to his craft (he scored 35 points in 22 games for Dexter), this is a great reminder that there’s more to life than hockey.

“Jack has helped my wife and me so much with Teddy,” said his father Jason, who was a fourth round draft pick by the New York Islanders in 1988. “It could be as severe as Teddy having a seizure and Jack has been there to help him get on his side and deal with it. Or it could be as simple as going swimming with him. We’ve got a little in-ground pool in the back, and Teddy always wants to go swimming, and my wife and I can’t always be there. Jack is always willing to hop in the pool with him and be with him.”

The Canucks appear to have a talented prospect on their hands with a great head on his shoulders.

And on Saturday his mom, dad, aunt, sister, and yes, his little brother Teddy, were in the crowd at the United Center to see him get drafted into the National Hockey League.