It’s only 27 games old, but Monday’s performance against the St. Louis Blues was the best of Thatcher Demko’s young career.

The 24-year-old put the team on his back with a 36-save performance that included several highlight-reel saves throughout the contest as the Vancouver Canucks beat the Blues 3-1 for their ninth straight win on home ice.

It’s the fifth time in Demko’s career that he has held a team to one goal or less, needing by far the most saves against the Blues to accomplish the feat.

Demko’s biggest save came late in the third period with the Canucks up a goal when he stretched the left pad out to deny Jaden Schwartz on the doorstep.

There were many big saves, though. Like his first save.

He even made a save off his own teammate, and an acrobatic one at that.

Thatcher Demko stretches out to make a nice save after Miller's pass deflects off Schenn's skate. #Canucks #STLBlues pic.twitter.com/Y5hrRSbScB

Demko kept his team within a goal after a flat first period, and the Canucks woke up in the middle frame with two goals from JT Miller, with Jake Virtanen assisting both goals to continue his hot play.

Bo Horvat added an empty netter in the final second as the Canucks increased their lead over the rest of the Pacific Division. 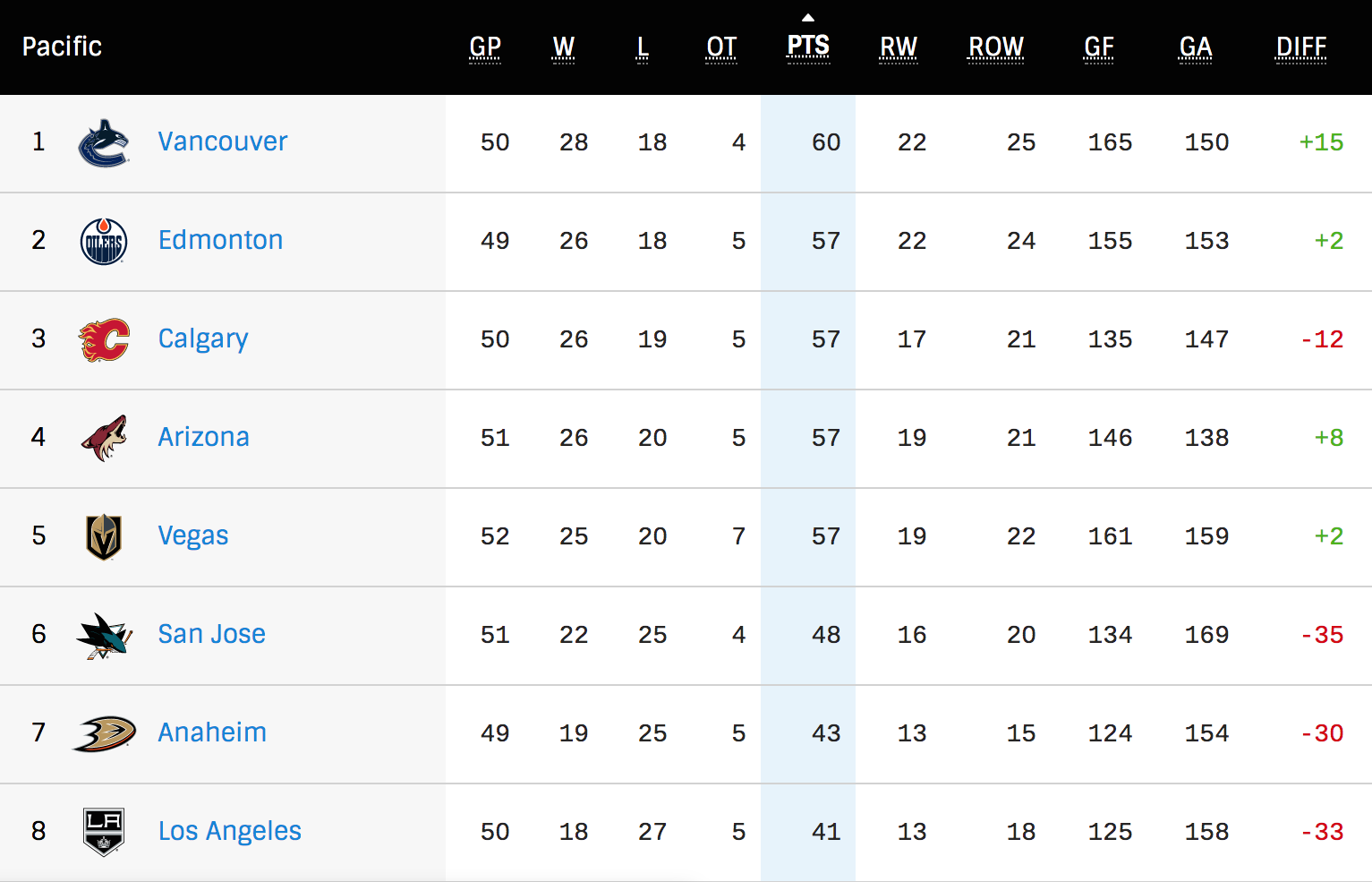 It’s the first time all season the Blues have lost in regulation after scoring the first goal, a credit to the Canucks’ resiliency.

Since Demko played in the last Canucks game before the All-Star break (a 4-1 win against San Jose) many expected Jacob Markstrom in goal on Monday. But with the latter having participated in the All-Star festivities, head coach Travis Green turned to his rookie goaltender once again.

“You don’t do that unless you have a lot of faith in your other goalie, and we do,” Green said post-game.

It’s what Demko has done all season — provide quality goaltending when called upon — and it’s making a massive difference.

Not getting enough attention: Demko now has 10 wins in 16 starts. Tonight was his 12th quality start. And that's the kind of back-up goaltending that gets bubble teams into the playoffs.

With how tight the standings are, the Canucks might not even be in a playoff spot right now if they had just an average backup goalie this season.