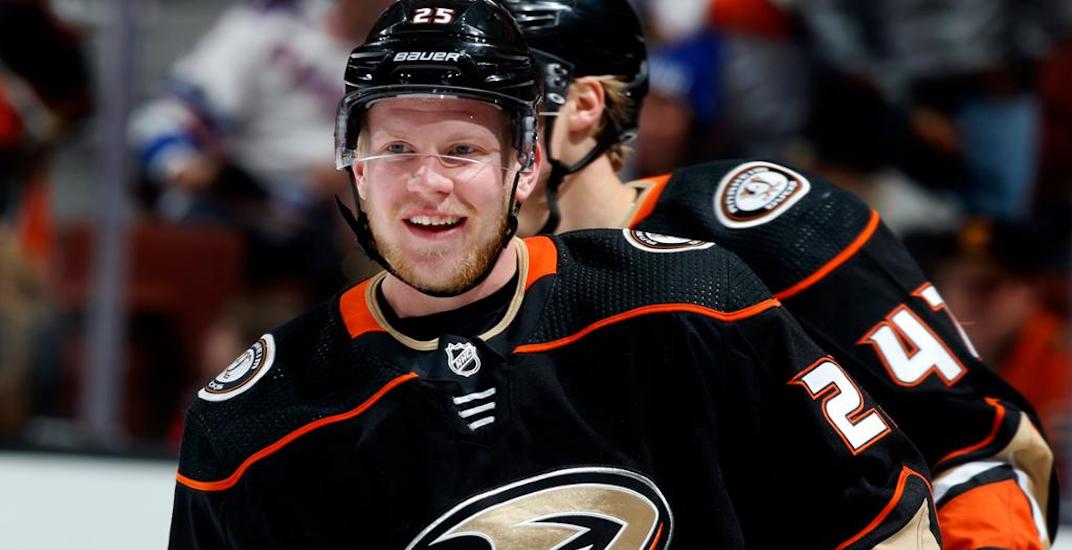 With the February 24 trade deadline now just one month away, rumours surrounding most NHL teams are about to get more plentiful.

And for the first time in years, the Vancouver Canucks should be buyers, not sellers.

The Canucks are rumoured to be looking for a winger to play alongside Bo Horvat, though it won’t be easy, as the team has just over $1.8 million in cap space.

Here’s a shortlist of realistic options the Canucks could acquire, from the big name rentals to some under-the-radar cheap AHL options.

The primary target on my shortlist is Ondrej Kase, a legitimate three-zone player who can help this team in transition on the ice.

The 24-year-old winger is signed to a very reasonable $2.6 million contract until the end of next season, so he’s a perfect fit to help the Canucks now and in the future. Kase’s underlying numbers have been incredible on a weak Anaheim Ducks squad this year, however with just five goals in 42 games, it may make it easier for them to part ways with the Czech native.

Don’t expect the lack of production to continue, as Kase is shooting only 4.4% this year compared to his usual 9.9%.

Ondrej Kase (24) – Would be my primary target. A legitimate three-zone player who would definitely help this team in transition. Might be hard to pry from the Ducks but could be a heck of an addition at the right price.

Nikita Gusev is a player who can help Horvat in transition with speed off the rush. The 27-year-old Russian is a pure distributor who is more than capable of running the second unit power play, which would be critical if the Canucks make the playoffs.

His contract is a little more pricey at $4.5 million per year through 2020-21, but the Devils are in full rebuild mode with more than $6 million in cap room so they can afford to be flexible.

Connor Brown, a low-risk addition earning $2.1 million until the end of the season.

Brown is an underrated offensive forward down low with a great stick which helps him on the forecheck, and can play up and down the lineup. A “Travis Green type player” who is capable of helping out the penalty kill, the 26-year-old is the kind of player who can begin to change the identity of a fourth line.

Chris Kreider is a 6-foot-3, 220-pound power forward who can skate, who would bring a different look to the Canucks’ top six. A responsible winger who helps his team in transition, Kreider knows how to put the puck in the net with 17 goals in 45 games this season.

He’s a low-risk rental at $4.6 million, with his contract expiring at the end of the season.

Jeremy Bracco is as close to a no-risk option as there is. Jim Benning should take advantage of the Maple Leafs having too many skilled players to fit into their top nine, just as he did when the Canucks acquired Josh Leivo.

Kyle Clifford is having a strong season with the Kings, with a 56% share of the expected goals this season. A reliable winger, he’d be a massive upgrade on Tim Schaller as a low cost rental earning $1.6 million, on a contract that expires at the end of the season.

Sasha Chmelevski was a sixth-round pick by the San Jose Sharks in 2017. The Canucks need centre depth and they can find it here. The 20-year-old centre is having a strong rookie season in the AHL with seven goals and eight assists in 26 games played for the San Jose Barracuda.

Axel Jonsson-Fjallby was a standout for Team Sweden during the 2018 World Junior Championship. The 21-year-old-forward is a plus skater and an up-and-down-winger who can contribute secondary offence as well as kill penalties. He’s a modern day bottom-six forward who can help change the identity of the Canucks’ fourth line.

A 20-year-old plus-skating-defenceman, David Farrance can add depth to the left-side of the Canucks blue line. A puck-moving transition player currently in his third season at Boston University, he can contribute offensively.