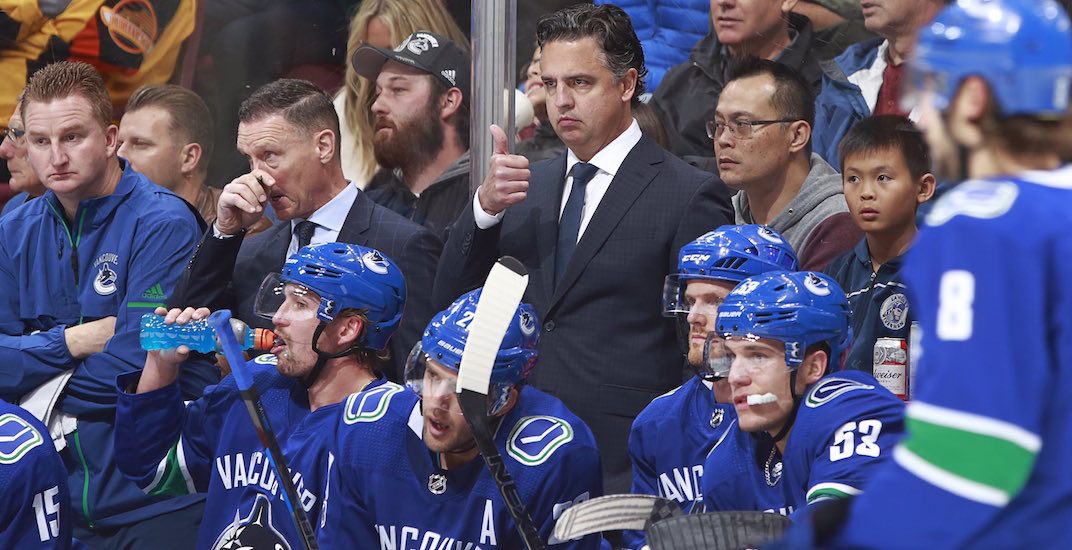 It might be hard to believe given where the team was just two and a half weeks ago, but Vancouver Canucks head coach Travis Green came remarkably close to being named to the NHL All-Star Game today.

Unlike player selections, which are subjective and open to debate, the process for picking the four All-Star coaches is regimented, with the teams that lead their respective divisions in points percentage at the midway mark of the season getting to send their coaches.

The Canucks are currently third in the Pacific Division, four points back of the Vegas Golden Knights and two points behind the Arizona Coyotes — but Vancouver has played fewer games.

So, at the midway point of the season, the Canucks were one point shy of sending their coach to St. Louis for All-Star Weekend.

Here’s a current look at points percentages in the Pacific Division:

An extra point earned by Vancouver or a point lost by Vegas would have sent Green to the game. While the Canucks took care of business against the Chicago Blackhawks on Thursday, so did the Golden Knights, who beat the Philadelphia Flyers 5-4.

The NHL made the head coach selections official this morning, naming Bruce Cassidy of the Boston Bruins (Atlantic), Craig Berube of the St. Louis Blues (Central), Todd Reirden of the Washington Capitals (Metropolitan), and Gerard Gallant of the Vegas Golden Knights (Pacific) to the All-Star Game.

It just goes to show how quickly things can change in the NHL, because it wasn’t long ago that #FireBenning and #FireGreen were trending on social media. That came after the Canucks’ third straight loss to the Montreal Canadiens on December 17.

Since then, the Canucks have been red hot, winning six in a row, including a thrilling 7-5 against the Chicago Blackhawks on Thursday.

Elias Pettersson is currently the only Canucks player going to this year’s All-Star Game, although Quinn Hughes can still be voted in as one of the “Last Men In.” The last time the Canucks sent a head coach to the All-Star Game was in 2011, when Alain Vigneault got to go.