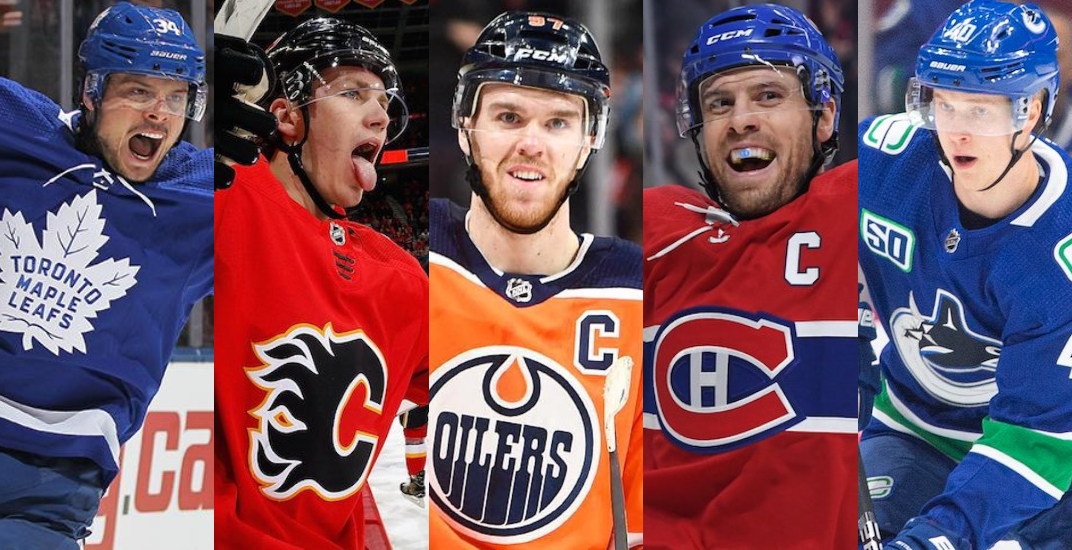 The NHL revealed the rosters for the 2020 NHL All-Star Game today.

All-Star Weekend, which takes place in St. Louis January 24 and 25 this season, will feature the same format as the last four years. Players will represent each of the league’s four divisions, with a three-on-three tournament taking place.

Every NHL team is required to be represented, which makes for some interesting snubs. Bruins star Brad Marchand, who is currently fourth in the league in points, was not selected, for instance. Meanwhile, players like Anthony Duclair (Senators), Tyler Bertuzzi (Red Wings), Kyle Palmieri (Devils), and Jakob Silfverberg have been picked to play, as there’s not much competition from their current clubs.

Alex Ovechkin won’t be playing, but that’s by choice — as he previously indicated that he would prefer to rest despite being voted in as captain of the Metropolitan Division. Sidney Crosby also won’t be playing, though he is currently out with an injury.

No NHL team will be sending more than two players to the All-Star Game with the exception of the host team. Ryan O’Reilly, Alex Pietrangelo, and Jordan Binnington will represent the defending Stanley Cup champion St. Louis Blues.

While each All-Star team had to carry two goaltenders, no restrictions were made on the number of defencemen picked. That has Canucks fans upset that star rookie defenceman Quinn Hughes wasn’t picked — as Flames captain Mark Giordano was the lone blueliner selected for the Pacific Division.

Fans in Toronto might be upset that Mitch Marner wasn’t selected, as Auston Matthews and Frederik Andersen will represent the Maple Leafs.

All is not lost for the snubbed players, though, as a “last man in” fan vote will take place, which will add an extra player per team (more on that later).

Here’s a look at the players selected to the NHL All-Star Game, with captains (as voted in by fans) marked with an asterisk:

Last Men In campaigns have likely already begun across the NHL, as for the second straight season the league is allowing fans to pick four players from a list of 31 potential All-Stars (one per NHL team). The highest vote-getters per division will be added to the team, with voting open from January 1-10.