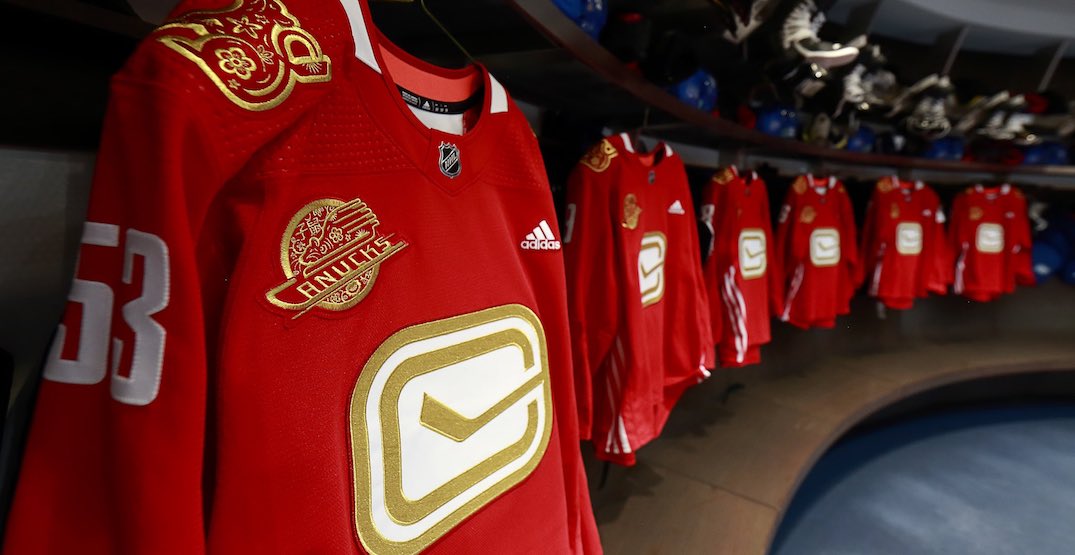 Without spectators in the building, it will look different, but the Vancouver Canucks are committing to celebrating their diverse fanbase this season.

The Canucks announced today that they will have 11 theme nights at Rogers Arena this season.

“While attendance and participation at Rogers Arena is not possible this year, the Canucks will continue to engage extensively with fans through their social media channels and partners this year as they continue to grow and evolve the special game nights,” the team said in a media release.

The first one is set for February 11, when the Canucks will celebrate Lunar New Year by wearing special red jerseys during warmup.

The Canucks will celebrate Vaisakhi this year, instead of Diwali as they normally do, to honour the South Asian community. That takes place on March 24.

As previously announced, the Canucks will wear their reverse retro jerseys for four straight games, February 19-25, when they play Winnipeg and Edmonton.

The Canucks have also been honouring frontline workers prior to every game by inviting different people to crank the siren before puck-drop.