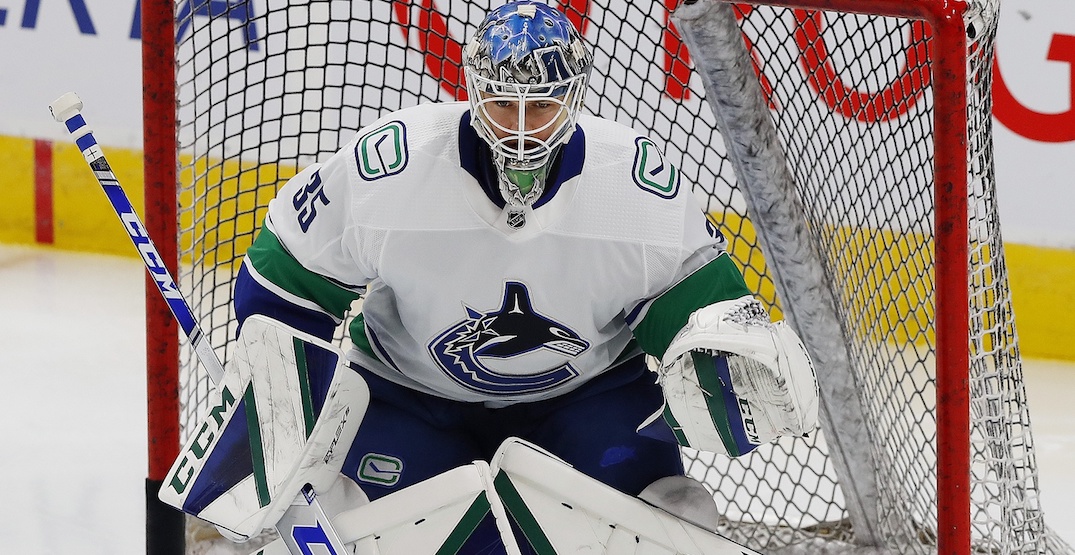 Thatcher Demko has received the NHL’s highest weekly honour, being named the league’s “First Star of the Week” today.

The Canucks goaltender stopped 100 of 103 shots he faced this past week, winning all three of his starts while posting a 1.00 goals-against average and .971 save percentage. Demko beat the Senators twice at home, which included a 42-save performance on Wednesday, and a 23-save win on the road against the Winnipeg Jets.

After a bit of a rough start to the season where Demko went winless in his first three starts, the San Diego native now has a 3-3 record and a .914 save percentage.

What’s most impressive about this honour is that Demko beat out both Connor McDavid and Leon Draisaitl, who earned second- and third-star recognition. The Edmonton Oilers superstars each racked up 12 points in four games last week, including a six-point night for Draisaitl and a five-point game for McDavid Sunday against Ottawa.

Demko will get the night off tonight, as Braden Holtby has been announced as the Canucks’ starter for their game against the Montreal Canadiens. Expect Demko to get the start for tomorrow’s rematch.