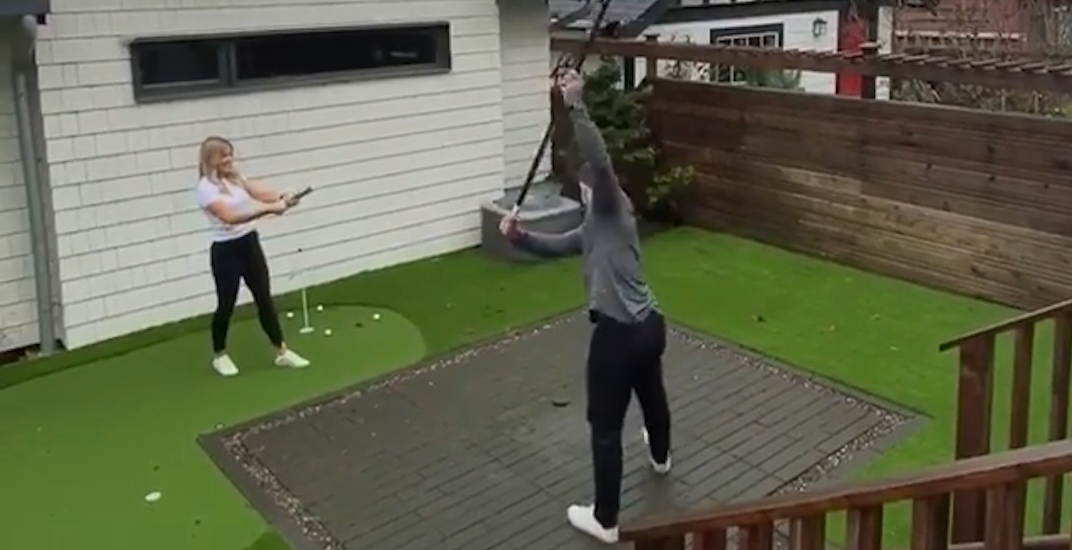 While three of his teammates are competing at the NHL All-Star Game in St. Louis, Canucks captain Bo Horvat and his wife Holly held their own event in Vancouver.

The couple made the announcement in a video of their gender reveal party posted to social media. Naturally, Bo took a slap shot in the big reveal.