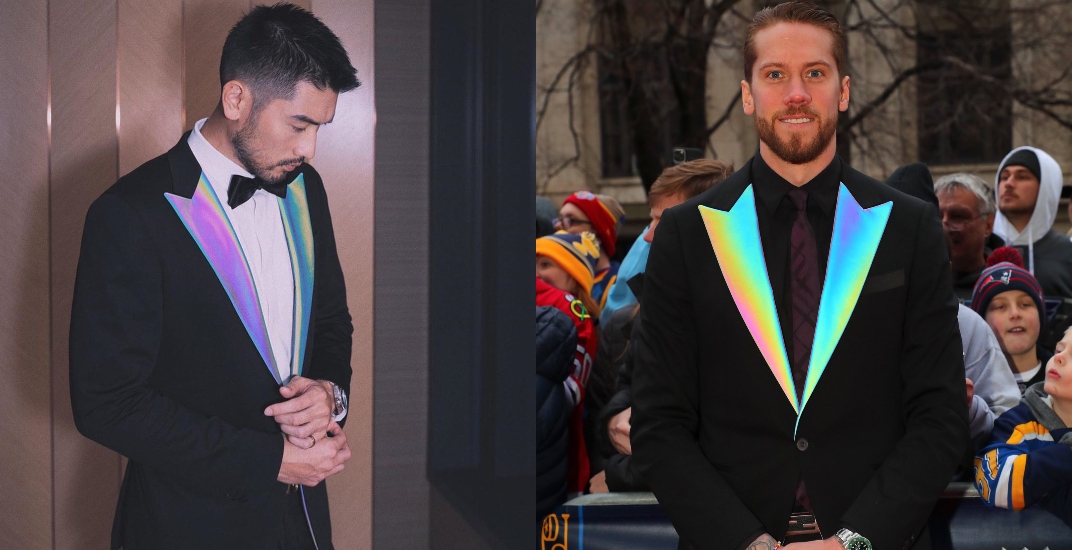 Wearing a black tuxedo, his lapels and pant stripes were made with an iridescent material to bring some glamour to the red carpet.

Marky’s suit is on another level 💯🔥 pic.twitter.com/f1FDcYKAXV

Markstrom’s outfit was a conversation starter. It turns out his suit was worn as a tribute to his friend, Vancouver actor and model Godfrey Gao, who died suddenly on November 27 at age 35.

The 29-year-old, playing in his first NHL All-Star Game, chose to wear a suit made by YOYUU — a clothing company Gao co-founded in 2015.

“I really wanted to honour him and wear this suit,” Markstrom told NHL.com. It’s a different material (on the lapels). When you have the flash to take photos, it changes colours, so I figured no one else would be wearing something like this here, so why not go big once you’re here?”

Gao’s death isn’t the only tragedy Markstrom has had to deal with this season, as his father passed away in October.

.@j_markstrom rocked the red carpet at #NHLAllStar wearing a Yoyuu suit in honour of his friend Godfrey Gao, who passed away recently. pic.twitter.com/e6khBfbLsU