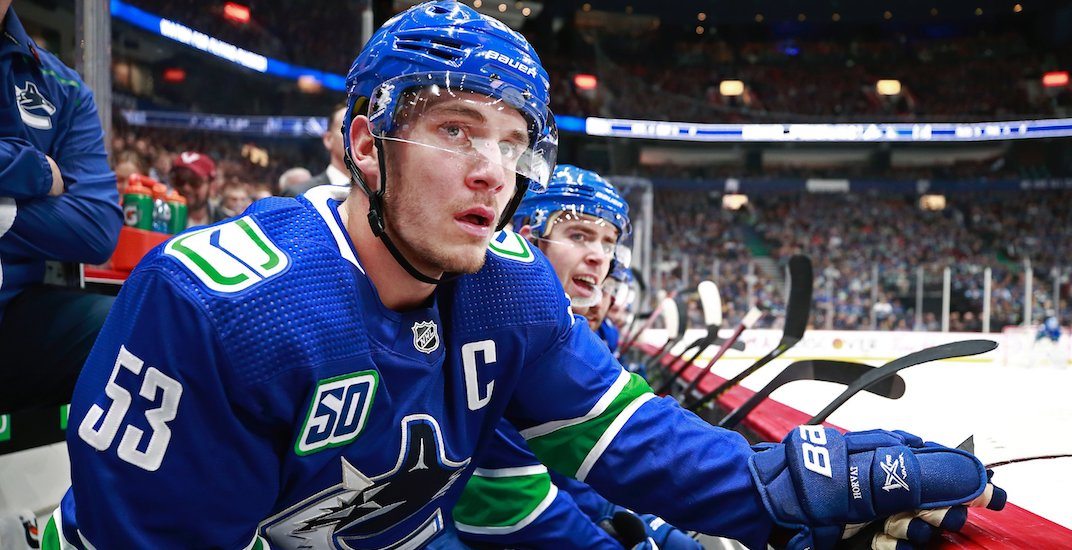 If the NHL is able to resume its season, the Canucks would like games to take place in Vancouver according to a report from TSN’s Ryan Rishaug.

In addition to the Oilers submitting a bid to the NHL to host games, Can also report that the Vancouver Canucks have also done so. League is going through the numerous proposals it has received.

One of the ways the NHL is looking at continuing its season is by holding games in four hub cities this summer, one for each of the league’s four divisions. Cities with relatively low outbreaks of COVID-19 are being considered.

Edmonton was previously thought to be the frontrunner to host Pacific Division games, with Alberta Premier Jason Kenney confirming that he spoke to NHL Commissioner Gary Bettman.

“I did receive a call from NHL Commissioner Gary Bettman, who wanted to ask some questions about Alberta’s status in combatting COVID,” Kenney said on April 23. “There was very general conversation. We have not received a formal proposal of any kind. I underscored that if there was a proposal forthcoming, we would obviously expect the league to prepare a very detailed plan to mitigate risk.”

Should Vancouver be selected as a hub city, games would presumably take place at Rogers Arena with no crowds present, as BC provincial health officer Dr. Bonnie Henry has made it pretty clear that there won’t be large gatherings happening this summer.