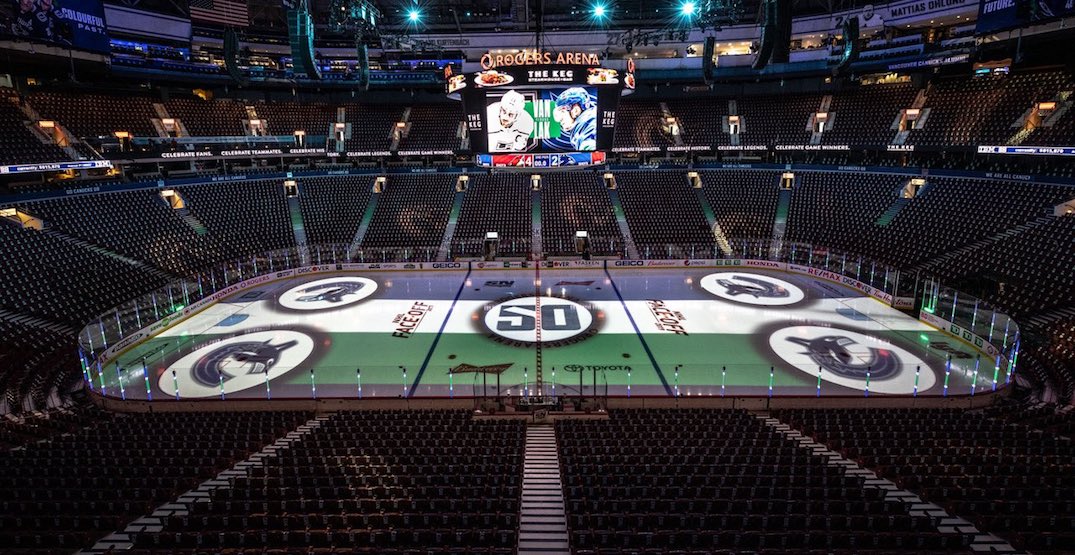 The Vancouver Canucks haven’t played a game in nearly two months. Their last scheduled game? Well, that was almost four weeks ago.

Nobody knows if the 2019-20 season will continue, but what seems certain is if it does, it won’t be with fans in the stands. BC provincial health officer Dr. Bonnie Henry has made it pretty clear that there won’t be large gatherings happening this summer, never mind packing 18,000 fans into Rogers Arena.

But for now, the NHL is keeping its options open. One idea the league is reportedly considering is having teams play inter-divisional games in four locations in July and August, with the Canucks and Pacific Division rivals playing closed-door games in Edmonton.

Officially, six Canucks home games are postponed, not cancelled, so mass refunds have yet to take place.

“We look at each request on a case-by-case basis and want to do what’s right for our ticket buyers and fans,” said Canucks Chief Operating Officer Trent Carroll in a statement provided for Daily Hive. “At this point the NHL hasn’t cancelled games, but rather postponed them. Tickets will remain valid for rescheduled games. We’ve encouraged single game ticket purchasers to hold on to their tickets while we await further information from the NHL.”

Earlier this week, the Toronto Blue Jays announced that refunds would be available for all their home games scheduled up until May 31. Carroll said that some Canucks ticket holders with extenuating circumstances — like those planning to attend from out of town — have received refunds at this point.

“But overall, we have not received too many refund requests as everyone awaits further clarity from the NHL on what will happen with the rest of the season,” said Carroll.

The Canucks say they are “exploring a variety of different options” for their season-ticket members, with Carroll adding that “once the NHL announces the official outcoming of this season, we will be able to communicate those plans to our ticket members.”

Until then, hold on to your tickets.