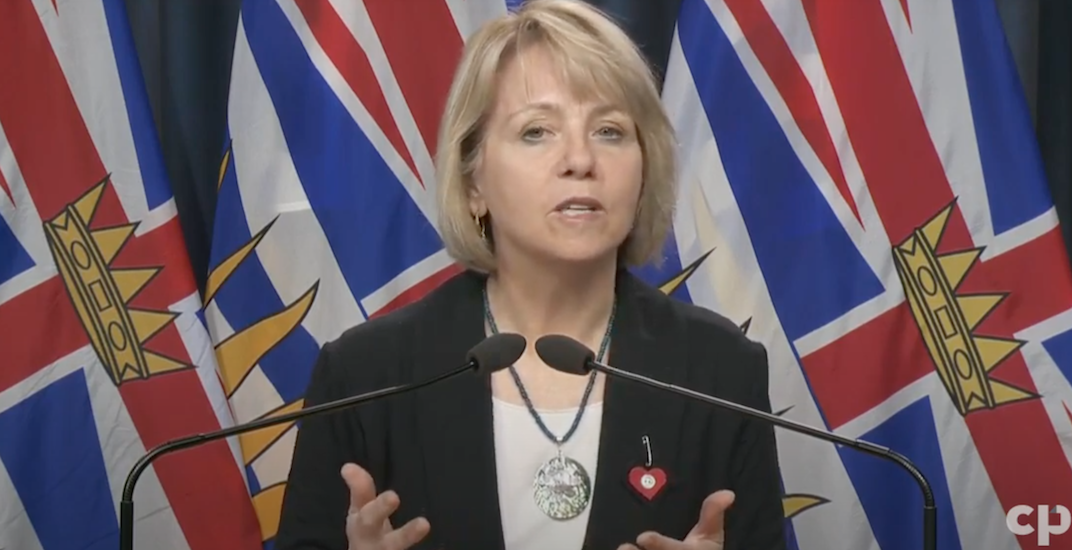 There hasn’t been much good news for sports enthusiasts in British Columbia of late.

Recreational sports leagues have been affected too, suspending play due to the current physical distancing guidelines.

But as BC appears to be flattening the curve, eventually restrictions will loosen. Today, Provincial Health Officer Dr. Bonnie Henry gave a glimmer of hope to those who can’t wait to get back to playing as soon as perhaps this summer, though she did admit to not having the “perfect answer” yet.

“It’s one of the things we’re looking at,” said Henry, when asked about restarting sports leagues like hockey and soccer at her daily media conference from Victoria. “I think it’s really important. We know that it’s less risky outside than inside. We know how important it is to have physical exercise, particularly for young people over the summer months and into the fall.

“I think there are ways it can be done, but we need to look at how do we do it safely so we’re not sharing water bottles, sharing food, we’re not coming together in ways. We respect those safe distances, but still being able to carry on. We are also thinking about the numbers of people that are involved and we may have to limit that for a period — for this summer, for the coming year — so that we don’t have large crowds watching games, for example.

“I think all of those things are things that I can give some parameters around, but I need those that are setting up those types of team sports to think about how we can do it in this new normal for now, recognizing that it’s not going to be forever, but it is going to be for this next season.

“We need to find ways to do it that allows young people to be out there and be physically active, and be together.”

Certain sports will be better suited to the “new normal.”

Golf jumps to mind, given that it’s an individual sport that doesn’t require sharing equipment and every player has his/her own ball. Similarly, tennis would appear to be relatively low-risk.

But team sports are often more difficult to maintain distance. Volleyball, softball, and baseball players share the same ball, but they generally keep a distance from one other. Soccer, hockey, and basketball do require more regular body contact though, so it’ll be interesting to see when and how restrictions can be relaxed with those sports.

How this might affect pro sports leagues is another matter.

While the NHL, MLS, and CFL all still hope they can begin playing again this summer, that will require advancement in a number of areas, including cross-border travel to allow players to return to their teams. There has also been talk of setting up a neutral site for games, with locations like Saskatoon, Saskatchewan; Grand Forks, North Dakota; and Manchester, New Hampshire, reportedly offering their cities to the NHL.