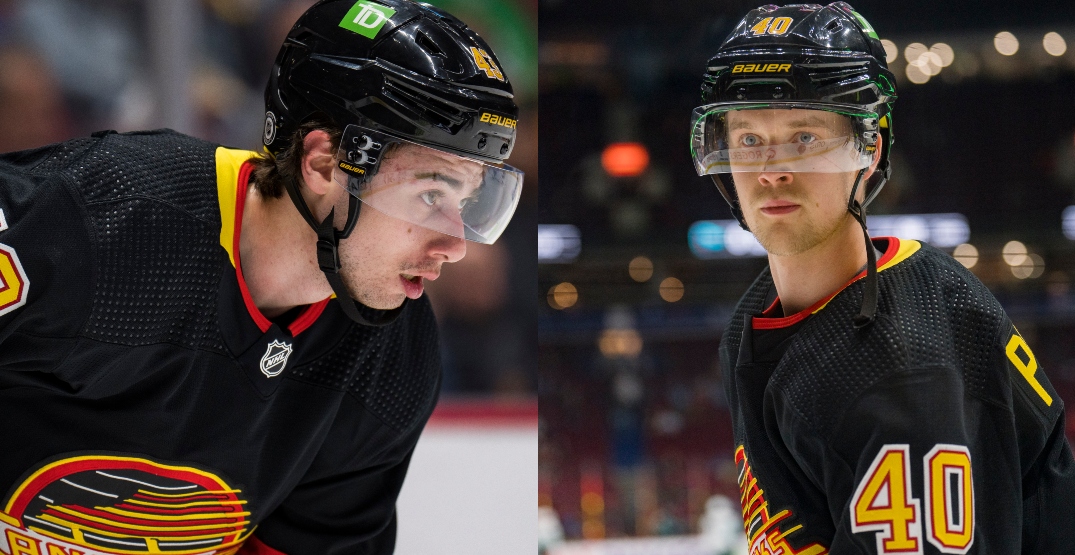 If you didn’t already know by now, Tuesday night’s awards show proved once again that the NHL is a young man’s league.

Cale Makar won his first of what will surely be many Norris Trophies. He’s 23.

And Igor Shesterkin was the runaway Vezina winner and was a Hart Trophy finalist, and he’s the old man of the group at the age of 26.

Youth is being served in the National Hockey League, more now than ever before, which is why the Vancouver Canucks management group is looking long and hard at peddling 29-year-old J.T. Miller, and trying to figure out what to do with 25-year-old Brock Boeser.

It’s not that these players can’t be productive for years to come – Miller, as we all saw, is coming off a career season as he closes in on his 30th birthday.

But the awards show is proof that the best of the best are getting younger all the time.

When he’s on his game as he was in the second half of this past season, Elias Pettersson is a very good player — a star-level player perhaps. But is he in the conversation with Auston Matthews or Connor McDavid as the best forward in the game?

Quinn Hughes electrifies almost every night out, is an incredible talent, and yet despite setting franchise records for the Canucks this season, Hughes finished 13th in Norris voting. And as good as he is, he just isn’t close to the same level as Makar right now.

Thatcher Demko had a terrific season and was named Canucks MVP, holding the team in games on the regular and giving them a chance to dare to dream about the playoffs. He got one Vezina vote.

All of this is to ask, are the Canucks assembling truly great talent that could be considered among the best in the game? Or are they leaning on a core that is good to very good, but at its peak doesn’t measure up to its peer group around the league?

The hope has to be that Demko, Pettersson, and Hughes are all getting better and can work their way into conversations about being the best players at their positions.

The trouble is, with so many amazing young players emerging every year, the next wave of NHL stars is already on its way. As we’ve seen in recent years, and it was there for all to see again on centre stage last night, it doesn’t take the newbies long to become the best in the business.

This is the challenge then for Jim Rutherford and Patrik Allvin to figure out who to build around and how best to support them.

If the Canucks are going to progress to the point of being Stanley Cup contenders in the next few years, they need their best players to take significant strides to lead the way.

Good likely won’t ever be good enough. They need a handful of truly elite players to lead the charge, and the results of the NHL Awards voting shows that there is still a sizeable gap to bridge for the Canucks’ best players to be considered among the very best in the game.